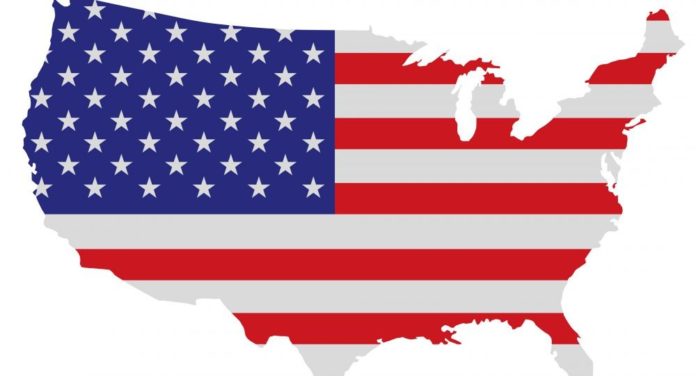 The US utility market it seems is subject to what is purported to be an old Chinese curse: “May you live in interesting times.”

After a year of relatively flat growth in 2018, a recent report by international consulting giant Deloitte predicts a grid that is set for  significant development in the year ahead as utilities undergo a “period of transformation and profound change driven by technological and competitive forces, as well as changing customer expectations.”

As these forces accelerate, electric power companies are tapping new technologies to serve increasingly sophisticated customers conditioned by other industries to expect a high-tech digital experience.

Just as utilities must rise to meet and satisfy the demands of an evolving grid where renewables injection, distributed energy generation, electric vehicle infrastructure, IoT development and home automation are expected, utilities may ask “why should I?” After all, despite climate change and generation targets, regulations are behind the curve relative to technological development.

According to the Deloitte report, “New technologies are also expanding opportunities to improve operational efficiencies and prompting experiments with new business models. But regulatory structures are taking time to catch up. Change has begun, but it will need to spread faster for regulated utilities to meet evolving customer expectations. If they aren’t positioned to capture value from the shift toward distributed energy resources such as rooftop solar, battery storage, electric vehicles, and smart thermostats and appliances, they risk losing revenue.”

The demand for innovation however, should be based on forecast profitability, and yet according to the short term energy projections by the US Energy Information Administration, both residential and commercial consumption is set to decrease, with growth limited to heavy-consumption industrial customers, predicted to grow by a mere 3%.

Where then, can profitability be found?

These challenges are daunting to say the least, and yet they neglect several other factors that regularly wreak havoc on grid reliability. The Western USA has large sections of remote rangeland and forests, regularly subject to large-scale fires. The southeastern United States is feeling the effect of climate change in the size and veracity of the tropical storms experienced in the region. The recent California fires may well land a major national utility in up to $3 billion of fines and reparations after 86 lives were lost. Besides the possible reputational damage, the amount is significant, and whilst it may be absorbed by a large utility, what about others?

Smart Energy International spoke to Denny Thompson, a Director at US-based utility satellite broadband experts X2nSat about these, and other aspects that can ensure positive growth, and a sustainable business model in the future, with curve-balls accounted for:
“The pressure for utilities to become more agile, whilst ensuring grid resilience and profitability is immense” says Thompson. “There are opportunities that can generate revenue from more robust and efficient internal processes, but they’re more about making changes to better safeguard against the changes that are coming. It is perfectly possible to ensure that both current and new operational demands are met, along with consumer expectations.

An underpinning layer or grid security:

According to Thompson, “The reality is that utilities may have thousands of communication points on the grid, many using wireless communication technologies. Large desert regions in states like Nevada and New Mexico require remote support, often at great expense. In certain cases, a single fault, even accounting for self-healing grid technologies, can cause massive outages, and hundreds of thousands in lost revenues, consumer confidence, and growth potential. An underpinning layer of network security, based on a secondary communications system will have numerous benefits to utilities planning rollouts of new technology in the years ahead.”

The system is not necessarily a new concept, but perception regarding the cost of satellite-based connectivity impacted initial growth. The technology has been rapidly adopted in demanding deployments within the utility, oil & gas and telecommunications industries where mission-critical reliability is crucial.

“Utilities very often have sections of the grid in remote locations, where conventional cellular-based technologies can suffer breakdowns in transmission due to anything from weather conditions to solar flare activity.” says Thompson. Electric Utilities are adopting a practice of voluntarily de-energizing transmission lines as weather conditions deteriorate. Having a secondary, redundant grid communications and control system, capable of the same control and agility offered by cellular technologies ensure reliable grid operations in even the most remote regions of the continental United States.”

“Utility customers are making better use of SCADA and real-time grid monitoring to better predict and plan asset maintenance, and cut-down expensive field-based inspection and repairs, thereby generating significant operational savings in terms of time required for both repair and administration. Satellite communications offer a “second-opinion” to diagnose and verify findings and this applies even more strongly to more remote sections of the grid, where these operations are the most expensive and time-consuming.” says Thompson.

Cyber-security and the US Grid:

The recent reports regarding the successful Russian attacks on the US power grid have revealed the depths of security required, with cyber-security systems needing constant updating and sophistication to withstand the range of attacks possible. “A second “grid” – a communications system completely separate from the main system under attack can ensure such attacks aren’t successful in creating more than a switch in systems, instead of lost operations and revenues that can translate to millions in expenses and lost revenue” says Thompson “with attacks taking place at national level, by hackers with a host of possible motivations, sometimes the best system is the back-up one.”

A secure rollout of new technologies means reliable operations from day one:

The rollout of new technologies like renewables injection and IoT technologies are expected to pick up pace in 2019. These will likely be preceded by pilot programs and test deployments, but the risk of interruption to essential grid operations isn’t removed until the “teething period” is over. “These rollouts won’t be the only ones that will incur operational risk” notes Thompson. “The smart cities of the future will be based on myriad technologies, from electric vehicles and smart home technologies, to distributed energy resource integration. A secondary system is the one true way to minimize or eliminate the risk of revenue-loss”.

Denny Thompson will be part of the delegation from X2nSat attending DistribuTECH from 05-07 February (Booth 12522). For further information, please contact x2nSat here.