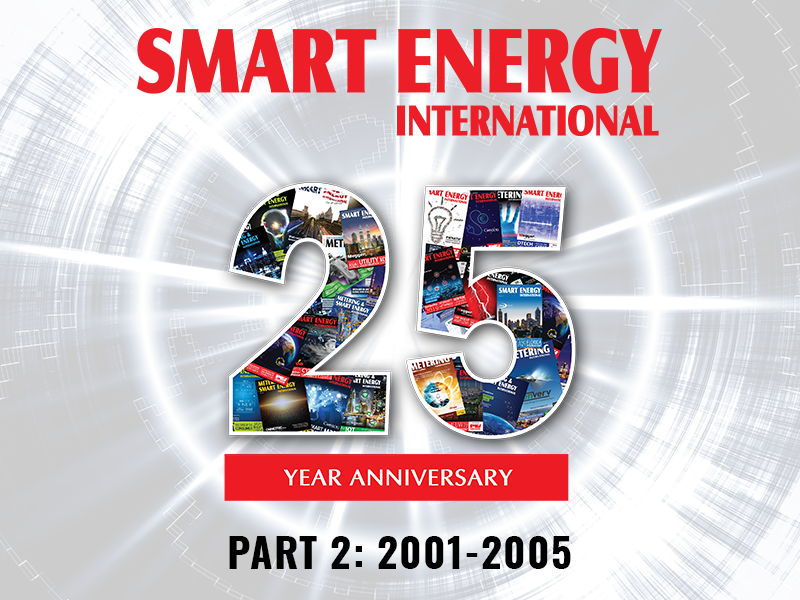 Part 2 of our walk through the archives as we document the changes and milestones in the evolution of the smart energy sector over the past 25 years.

The story of Smart Energy International’s evolution mirrors that of the dynamic sector we seek to serve. The energy transition has different characteristics in every region, yet the overarching story is the same: how we harness, trade, deploy and use energy is changing radically and rapidly. And it will continue to change. Here’s a recap of some of the milestones from around the world between 2001 and 2005: