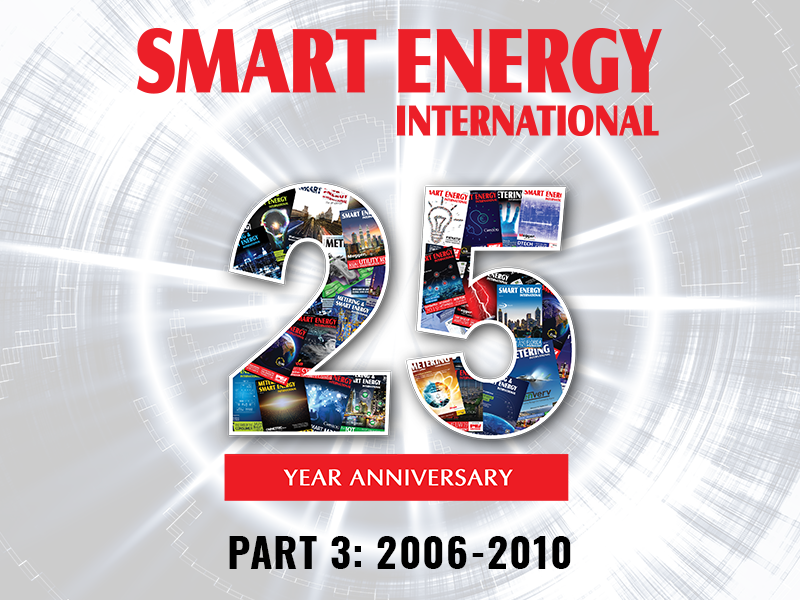 Part 3 of our walk through the archives as we document the changes and milestones in the evolution of the smart energy sector over the past 25 years.

The story of Smart Energy International’s evolution mirrors that of the dynamic sector we seek to serve. Here’s a recap of some of the milestones from around the world between 2006 and 2010: