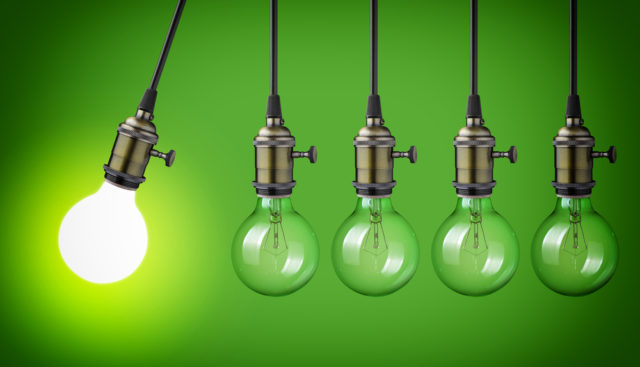 According to ACEEE, increased deployment of energy efficiency measures stand as key to a clean, reliable and affordable energy system in the US.

With the organisation calling for an increase in programmes to lift consumer awareness on energy efficiency, the sector seems to have recorded a rapid increase in ensuring grid stability in the North American country.

According to the findings of ACEEE’s May 2016 Energy Review, 18% of electricity consumed in the US in 2015 was sourced from energy efficiency measures whilst 27% was generated from natural gas, 27% from coal, 16% from nuclear, 11% from renewable energy and 1% from other sources.

The segment is estimated to have resulted in $90 billion being saved in consumers energy bills and savings of up to $840 per household in 2015.

In addition, the sector avoided 490 million tonnes of carbon emissions by avoiding opening up of some 313 power plants since 1990.

However, ACEEE highlights its confidence in the segment becoming the country’s leading source of power by 2030 if the country’s three major energy efficiency policies are increased implementation.

The firm states that the US can by 2030 save energy equivalent to the construction of some 487 power plants by increasing consumer awareness and participation in energy efficiency programmes through the Appliance and Equipment standards, Utility Energy Efficiency targets of 1.5% per year and the Building Energy codes.

Combined with energy efficiency gains recorded since 1990, the country can save power amounting to the output of 800 power plants.

But how has the country managed to expand its energy efficiency landscape?

On the state level, the US Department of Energy (DoE) has played a major role towards ensuring that states receive financial and regulatory support to meet their energy efficiency targets.

The capital is being issued to federal governments through the Federal Energy Management Programme. The states are using the capital to lower energy consumption in their small facilities by implementing projects such as replacement of lighting and HVAC systems and installation of solar PVs.

[quote] The programmes have poured in $9.3 billion in economic benefits in the state and avoided 2.2 million tonnes of carbon emissions.

In July, by approving energy efficiency plans submitted by 10 utilities, the Massachusetts Department of Public Utilities said it aims to save $3.6 billion in electricity bills for its consumers over the next two years.

For instance, following a Business Green report that the US Army has saved $1 billion through energy efficiency programmes implemented in the past five years, the US Bereau of Prisons partnered with Siemens Government Technologies (SGT).

Under the partnership, the two are deploying energy efficiency measures at the government department’s two correctional sites in Kentucky.

SGT claims implementation and integration of the programmes and technologies will save the federal government US$2,5m annually and is in line with mandates set by the White House stipulating that governments reduce their energy consumption by 2,5% and water consumption by 2% annually by 2025.

The Huntsville Utilities is also making use of $11.7 million loan secured from the Tennessee Valley Authority to install energy efficiency equipment to help its customers lower usage by 25%.

Despite the efforts by the US to boost the market, ACEEE ranked the country 8th in the world following countries like Germany which is the leading country.