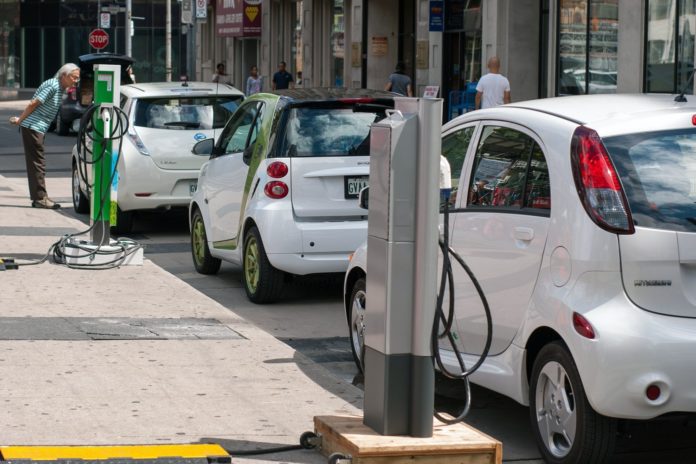 In October 2015, the New York Times reported tensions between EV owners including “unplugging one anothers’ cars, trading insults and creating black markets and side deals to trade spots on corporate parking lots”.

So what are utilities doing to get California ready for one million EVs?

SCE this month launched its Charge Ready programme – a US$22m pilot project that will deploy 1,500 stations for EVs in the utility’s service territory.

Caroline Choi, SCE vice president for energy and environmental policy, backed the notion that the limited number of charging infrastructure is limiting the growth in adoption of EVs.

“A major barrier to electric vehicle ownership is that there aren’t enough charging stations where people normally park their cars, such as workplaces and apartment complexes,” Choi said.

She added: “We believe that by giving electric vehicle owners more options to charge their vehicles, this programme can actually help to accelerate the market in Southern California.”

The results of the pilot project will determine whether the CPUC will allow SCE to expand Charge Ready and increase the number of the charging stations to 30,000 for a total estimated cost of US$355m.

Another major California utility – Pacific Gas & Electric (PG&E) – is investing heavily in EVs for its own field service fleet as well as in public charging stations.

In October, 2015, PG&E announced its US$100m investment to purchase EVs over the next five years in a bid to reduce fuel costs as well as a means to apply the pilot fish model towards further adoption of EVs in California, reported HDT.

The utility said it expects to buy close to 750 EVs with the investment.

Tony Earley, PG&E’s chairman, said: “Converting more of our fleets to electric vehicles is a powerful way for the utility industry to take the lead and set an example.”

Besides developing solutions to support smart grid-EV interoperability, utilities are also tasked with giving EV users demand-response education about the best time to recharge their vehicles.

During off-peak hours (6pm-midnight) in summer, consumers are being charged US$0.22 per KWh and US$0.21 in winter.

SDG&E is charging US$0.46 during summer on peaks while during winter the rate is US$0.21.