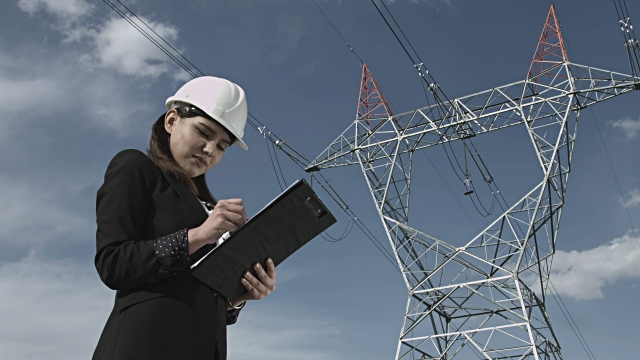 Recently, I tweeted a newspaper article about the difficulty of finding the next generation of female engineers for the energy sector.  The first response I got to that tweet was along the lines of “yes, but remember diversity must deliver value”.

The point was fair, and I can’t blame the person for a lack of nuance in their tweet, given the whole 140 characters thing.  I could easily spend the whole of this blog discussing what “value” means in this context and still not come up with an answer that satisfied everyone.  Or possibly even me.

Gender diversity in the energy sector

I have no doubt that gender diversity in the engineering disciplines is a benefit.  And one that to a great extent, many STEM-focused industries are missing out on.  But the problem of attracting female engineers is a deep rooted one.

For example, new research suggests that gender stereotypes about intellectual ability emerge as early as age 6, influencing children’s interests and potentially their career aspirations.  Clearly, there’s much more to this than blanket company edicts to “hire more females”.

Unfortunately, though I have seen just such a ham-fisted approach again and again.  Let’s consider one example, from my days training as an engineer.  In my intake year at a UK utility, there was one female engineer.  And we resented her deeply.  Why?  Because she was physically incapable of carrying out the role of a distribution network engineer1.

Back then, being an operational engineer on the network was a fairly physical task.  It still is now, I guess.  There was a lot of test gear to be carried around.  And a lot of high voltage switches to be thrown.  And this particular female colleague physically couldn’t do it.  This was a bad thing.  Potentially a dangerous thing.  She was given a non-operational post in Head Office pretty damn quickly.

As you’d expect, this made the rest of the team resent her even more.  Whether or not it was really the case, the rumour spread that she had been given a promoted post – and one she didn’t deserve.

First, to the lady in question: please forgive me for my resentment at the time.  I was young and foolish.  But second, to the moral of the story.  Was it her fault she found herself in a job she was unsuited to?  I don’t think so.  I believe it was the fault of the undefined “us”.

The industry.  The Management.  The Old Boys Club.  The people who believe that the answer to gender diversity is as simple as hiring more females, no matter the subtleties of the company’s actual policies on the subject.  I believe that this example and others like it that I have heard through the years are in fact contributing to the lack of diversity in the energy sector.

This story does have a happy ending though.  Said female engineer has gone on to have a very successful career in the energy industry.  She was never incapable of being an engineer.  It was just thoughtless application of an ill thought out (or misinterpreted) policy that gave her the wrong start and reinforced negative stereotypes.  It’s to her credit that she overcame them.

The point of diversity in the workplace should be self-explanatory: not all roles are the same.  And there isn’t just one skill set that fits.

Now that’s just one example, I know2.  But I’m sure that many of you reading this will have others just like it.  And more than likely, many of those stories won’t end so happily.

Opportunity in times of disruption

So what’s my point?  It’s simple.  If we are to embrace and increase gender diversity in the energy industry, we must embrace the diversity of relevant and valuable skill sets that it will bring.  To use what is probably a gender stereotyping metaphor3: we need to stop putting round pegs in square holes.

Just in case you haven’t noticed: the energy sector is going through massive disruption, as digitalisation; renewables; market liberalisations; new entrants and so much more drag the traditional energy business from its 20th Century comfort zone.  We need diverse skill sets like never before.

I know there’s a much more deep-rooted issue than can be solved by smarter hiring policies alone.  But smarter hiring policies have a big part to play.  Given that we should be ripping up the 20th Century rulebook on what makes a good energy industry employee anyway, isn’t there the perfect opportunity to take an entirely fresh and broader perspective?  One that has value-based gender diversity at its heart?  It seems that way to me.

1 Note that I don’t suggest for a second that women couldn’t do this role.  Only that this particular colleague couldn’t.

2Hey, it’s a blog, not a scientific paper!

3And I’m not going to do the usual “I think I’m not that guy.  Some of my best friends are women.  I’ve had a lot of women bosses I respected” stuff.  It holds no weight in this kind of discussion, no matter how true or false.

David Socha is Teradata’s Practice Partner for the Industrial Internet of Things (IoT).  He began his career as a hands-on electrical distribution engineer, keeping the lights on in Central Scotland, before becoming a part of ScottishPower’s electricity retail deregulation programme in the late 1990s. After a period in IT Management and Consulting roles, David joined Teradata to found their International Utilities practice, later also taking on responsibilities in Smart Cities and the wider Industrial IoT sector.