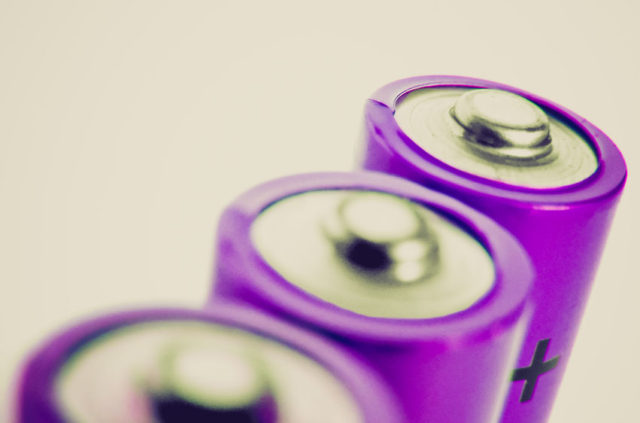 For some time now, Asia has been the undisputed centre of global battery production. For companies elsewhere looking to source batteries, Asia was the only place to go. However, from a standing start in 2016, the European battery sector has since burst into life. There is still a long way to go, but there has been enough progress that we can now start to ask questions that did not even seem possible just a few years ago. For example: could Europe become self-sustainable in battery production and stop relying on imports?

It is worth thinking about. Batteries will be crucial to Europe’s aggressive clean energy transition plans, and a crucial component for Europe’s strategically important automotive industry as we leave the age of the internal combustion engine to rust. Bringing that battery production into Europe would increase security of supply, create efficiencies, bring employment and opportunity, and offer closer control over environmental, social and governance (ESG) factors throughout the supply chain.

It is certainly a desirable future. But is it a realistic one?

Think back to 2016. It’s not that long ago, but the European battery sector was almost non-existent. European market share for lithium-ion batteries was zero (as was upstream mineral production), today it stands at about five per cent, with 14 per cent expected by 2024 according to Benchmark Mineral Intelligence.

That is a phenomenal growth story. So, how did it happen?

The secret to Europe’s success so far has been far-reaching collaboration and strategic thinking, driven by an alliance-approach. Up to the year 2016, the European approach to battery production suffered from two broad, related mistakes. Firstly, we didn’t move quickly enough to build at the large-scale. There was research and innovation, but little to drive major change. Secondly, there was a procurement-led approach to batteries. This is common in many mature European industries and allows companies to source the best components for the best price. However, this would always be

Asian manufacturers and is not an approach well-suited to building and establishing a new supply-chain.

To do this, you need everyone pulling in the same direction, which in turn requires a body to orchestrate initiatives. In this respect, the European Commission (EC) has shown real leadership. In May 2018 it launched the European Battery Strategy, outlining concrete actions the industry could take to grow. It also coordinated new and existing organisations such as the European Battery Alliance (EBA) and the European Investment Bank (EIB) to gather industry expertise and financial support.

Already, direction and momentum had stemmed from top-level alliances that brought together stakeholders across Europe. However, the importance of an alliance-led approach trickled down throughout the sector. For example, Europe’s first Gigafactory, Northvolt, entered into an early alliance with Volkswagen on the customer side, and with raw materials suppliers on the procurement side. This made people sit up and take notice: here was a company with roughly 30 people striking up a partnership with one of the world’s biggest automotive companies. The finance began to flow and the supply-chain began to take shape: suddenly a European battery industry looked very real indeed.

Now there are plans for various other major production facilities across Europe, and even the Asian giants are now investing into European capacity. Two of the world’s largest battery producers, CATL and LG CHEM are considering building the biggest factories in their portfolios in Germany and Poland, respectively. That is a major turnaround from Europe being a pure-importer. When I asked one Asian executive why this might be, he told me that the EU’s strict and firm commitment to decarbonisation made it the most reliable market for electromobility – Europe’s manufacturers would have no choice but to go green and buy batteries. In this respect, we can say that a clear and coherent strategic focus from the top of the EU has also been a major boon for the fledgling battery sector.

However, we must stay humble. Just as we are collaborating within Europe, we must collaborate with others to accelerate success. For example, though Europe is a hotbed of innovation, we can import a lot of knowledge (and equipment) from Asia for building modern, best-practice automated battery factories.

We must also be mindful of Europe’s mineral resources. In 2016, European lithium production was effectively zero and still today Europe relies on imports of the mineral. However, there are lithium reserves to be had here, and projects in Spain, Austria, the Czech Republic and the UK are attracting support and capital. It remains to be seen whether supply will be sufficient for a full-scale European battery production sector, but progress is encouraging. That said, other minerals such as cobalt are more difficult: today the Democratic Republic of Congo alone produces 60 per cent of the world’s cobalt supply – which remains essential to lithium-ion batteries based on today’s technology (though Europe could well be the home of research breakthroughs into alternatives).

Waste is another major limitation; electronic waste is a large and growing concern. In accordance with the principles of a circular economy, a European battery sector must grapple with what happens to batteries at the end of life. This is also a major untapped source of raw materials, if we can establish cost-effective ways to commercially reclaim them. There is progress on this front too, though. For example, the UK is set to get the world’s first commercial refinery for extracting precious metals from electronic waste using a bacteria (rather than cyanide) based process.

Right now, Europe is walking while preparing to run. We can envision as many as 20-30 gigafactories up and running in Europe, with a vibrant mining sector upstream and continued innovation downstream. But it will take work to get there.

First, we must take the same joined-up approach that has taken us this far and apply it more broadly. For example, look at infrastructure for electromobility across Europe. There are almost as many standards and incentive schemes for electric vehicle charging as there are countries. We can support the market by harmonising. Second, we must take recycling much more seriously. This may feel like a ‘future’ problem to tackle once the market is fully established, but that future will come sooner than many people assume. But back to our central question: does Europe have the tools it needs to stop importing batteries? The honest answer is not yet, but that progress has been rapid in the last four years, and that there is no reason for it to stop. We only must persevere with the joined-up strategic thinking and a culture of collaboration that has brought us so far. And what better way to continue that trend than with events designed to bring people together to develop new solutions such as TBB Connect.