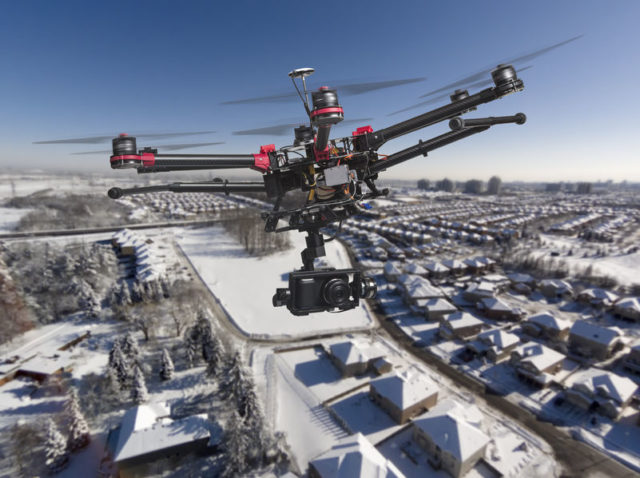 This week, we discuss the role of drones in utility operations and the pace at which utilities are adopting the technology.

We analyse some utility programmes on drones implemented this year to help energy providers simplify their operations.

We look at the factors impacting both positively and negatively on utility use of drones. At a global scale, stakeholders in the drones market are investing hugely in research and development to advance the capabilities and adoption of the technology.

In the US, the government and tertiary institutions such as the Centre for Workforce Development and Continuing Education have intensified programmes on research, development and training on drone technologies.

Regulation and utility use of drones

According to the Government Technology, the US Federal Aviation Administration (FAA) conducted a study in which the agency forecasts revenue generation in the drone industry to reach $5.1 billion in 2025 from $2.3 billion in 2016.

In February, US utility Excel Energy partnered with FAA to research on how the company can safely employ drones to monitor its energy distribution and 20,000 miles of transmission lines in 10 of the US states.

The two parties named the pilot Partnership for Safety Plan. According to Electric Light & Power, the pilot is being implemented in partnership with the state of North Dakota and the University of North Dakota to gather and provide FAA with data the authority can use in developing new policies for safe use of drones in utility operations and other sectors.

Huntsville Utilities has this August signed a contract with Avion to make use of the company’s managed drone service to reduce operational costs associated with manual inspection of power lines, reported the News Courier.

Meanwhile, under plans to have a drone and its operator functional 24 hours a day at all its 45 operational centres, Ameren Illinois has this August invested $108,000 for the purchase of some 36 drones. In addition to buying the drones, the energy provider trained 18 drone pilots, according to the Construction Engineering.

Kyle Maxwell, Ameren’s superintendent of electrical operations and one of the licensed drone pilots said the use of drones would help reduce time taken by the energy firm to detect problem to 10 minutes from four to six hours.

Entergy Mississippi recently used a drone to analyse the extent of damage floods caused to utility’s substation in Vicksburg.

Tison Reno, services asset manager engineer at Entergy told the Delta Business Journal: “Ordinarily, we would fly over the area in a helicopter to inspect the two-mile section of line because much of the area was off-road and there were several river crossings.

“But by using a drone, we were able to complete the inspection in an hour and determine that there was a tree on the line that caused the outage. The aerial photos allowed us to develop a plan to enter the area safely and remove the tree.”

Other utility pilots on drone technology include that of Dominion Virginia Power implemented in April and that of the New Braunfels Utilities.

Outside the US, a study ‘Drones (UAVs) and Robotics in Utility Grid Infrastructure market’ recently conducted by market intelligence firm Research and Markets forecasts an increase in the use of the technology to monitor 5.66 million circuit kilometres of transmission and distribution lines to improve the life span of grid infrastructure, reduce losses associated with assets failures over the next decade in the middle east.

Richard Lancaster, the CEO of China’s CLP Holdings told the South China Morning Post of his company’s aim to increase investments in drone technologies to enhance the efficiency of the utility’s grid system through improved monitoring and management.

In the UK, National Grid in June made an announcement that it will use drones to monitor its 7,242km of high voltage overhead lines and 330 substations.