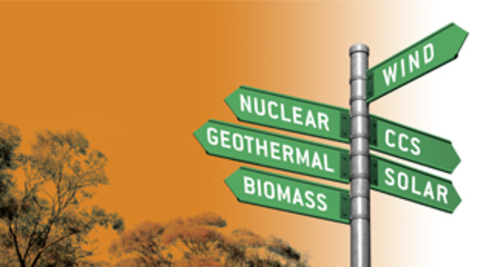 Patrick Clerens, Secretary General of the European Association for Storage of Energy highlights the perceived lack of consensus around Europe's new energy future.

“Like many of my colleagues on the EUW Advisory Board, I was happy to take part in a short survey recently canvassing our views on the new energy future and how we, as an industry, could make that future a reality,” writes Clerens.

One of the more illuminating results of this short questionnaire was that 95% of those questioned did not believe the industry has a common vision of what’s required to get to a new energy future.

It’s an emphatic response and one that might surprise those outside the sector. You could be forgiven for assuming those of us on the inside had a clear view of where we’re headed and how to get there.

I, for one, was not surprised by the result and in fact at the macro level, it may not necessarily even be a problem.

It does however present an interesting challenge for individual sub-sectors within the energy industry and the extent to which they can influence change.

I’ll come on to explain both of these points later.

In my view the reason for this apparent lack of consensus is quite simply that “the new energy future” means different things in different regions.

Regional trends in the energy sector

In many parts of the world, particularly in developing countries where energy security is fragile, efforts will go into securing any source of energy available, including traditional fossil fuels.

In Europe, the prevailing view is that a new energy future would involve more renewable generation with all the CO2 reductions such technologies entail. However there are diverging views even here. You only need to look at the national energy mixes of Poland, and France – the former is reliant on coal and the latter dependant on its nuclear fleet – to see that national interests will also play a role in forming opinion and expectations around the precise shape of energy things to come.

And even within regions, perceptions will also differ depending on which part of the energy sector you speak to. Those involved in energy storage will likely have a different take on things to those developing gas-fired generators.

Which isn’t to say that there isn’t broad consensus on some points. And this consensus is, as far as Europe is concerned, largely associated with EU targets. Targets have been agreed to have 20%  renewable energy in the overall energy supply by 2020. So we know, at least in Europe, where we want to be in four years.

[quote] Looking further ahead to 2030, we know that Europe has decided to reduce emissions by at least 40% of 1990 levels, to have at least 27% of our energy coming from renewable sources and to cut energy use itself by at least 27%.

So the targets have been defined, even if there is still a question mark about how to implement them.

And crucially this brings the industry something even more important than consensus around technologies – it brings planning security.

If you understand where you’re going policy – wise in the next years and decades then industry, by necessity, adapts. Delivery of the targets is the important thing – it’s not how we get there it’s that we do get there.

Even in a situation of divergent viewpoints on which technology or application will see us into the brave new energy world, as long as we know what our targets are, be it CO2 reduction, for example, or the proportion of renewables in the overall energy mix, if the targets are known, you can plan accordingly.

It’s actually a case of the ends not just justifying the means, but defining them.

Take the 27% renewable energy target. If we’re going to get market penetration of renewables at that level, the local and national systems will need to be able to cope with increased intermittency just to balance things out. And if you are to balance the system, you need networks that are more flexible, smarter and able to cope with decentralised, intermittent generation.

How that happens is then down to the market. We all know the likely ingredients will include energy storage devices, flexible backup power, smarter networks, and consumer participation in demand management.

But because there aren’t defined targets for the levels of participation of any of those component parts, it effectively means they are in competition with each other. And it will be the most economic, most suitable, or technically versatile constituent that will prevail.  In other words, the means present themselves to meet the ends.

This is why in my view, a lack of a common stance as to exactly how we’ll get to a new energy future is not necessarily problematic at a political level. Given that we’ve already almost achieved our 2020 targets we should meet them comfortably.

And while the 2030 targets are further out, I’m persuaded that we will achieve them. New technologies will come online in the next five years and we will have an increasingly smart, flexible energy system in Europe as a result – whatever the technologies supporting that transformation ultimately are. [EU signs MoU for R&D in cybersecurity]

However given this competitive dynamic in the industry, a lack of consensus on the exact contribution among technology sectors (such as energy storage, smart grid or demand response), may be an issue – but only for the individual sectors themselves.

Because targets are set at the EU level, that’s where the lobbying efforts need to be directed.  It is very difficult for the European Commission to follow the needs or recommendations of one company or one member state.  Instead they turn to sector representatives and this is where it becomes important to speak with one voice.

EUW 2016 will bring whole innovative communities within the industry together and provide an unparalleled environment to exchange ideas, to share best practice and formulate common positions. In a competitive environment a cohesive sector is one that can influence more effectively and is more likely to realise the outcomes it’s looking for. At least on that we’re all agreed.