I am on a quest to figure out what the future will look like for the energy trading industry. I asked four Blockchain experts about the future of blockchain. Cristina Ludena, legal counsel at EFETnet, Ewald Hesse, CEO of Gridsingularity, Michael Merz, managing director of Ponton, and Jo-Jo Hubbard, COO of Electron, were all part of the EMART Energy 2017 panel discussion on the use of blockchain for energy trading. Here are their key takeaways from the discussion.

According to Cristina Ludena, legal counsel, EFETnet: “Blockchain is here to stay!”

“Blockchain is still at an early stage, where technology advancement continues to move rather fast with competing platforms coming out, while business implementation moves at a bit slower pace,” Ludena says.

“But as technology evolves, energy and financial stakeholders catch up with technology, regulation adapts and real-life blockchain applications prove the advantages of implementing the technology, there will be the right mix of elements and network effect to stir the energy industry into the direction of blockchain, along with other disrupting developments, such as artificial intelligence or the internet of things”, she adds.

Erasing the need for exchanges or brokers?

“The key business models at risk here are brokers. Blockchain platforms open up the industry to more competition, but early adopters will get insights into these new business models first,” says Jo-Jo Hubbard, COO, Electron, the startup that won the Initiate! Startup Award for the best startup in the energy sector at the European Utility Week in Amsterdam 2017.

Electron is harnessing blockchain technologies to design more efficient, resilient and flexible systems for the energy sector. One of their applications is a Flexibility Trading Platform which enables collaborative trading in the current hierarchical system as well as peer-to-peer and micro-grid trading.

Ewald Hesse, CEO, Gridsingularity, noted that the audience at EMART Energy was still far away from what is the bleeding edge, which basically means that they still try to understand the very basic principles of blockchain.

“I know that the learning curve here is very steep and the message next year to the traders should be: This technology basically can automate your task! That is what happened in the financial sector and now follows into many more sectors.”

With the Energy Web Foundation, Ewald Hesse is working on an open source blockchain infrastructure which is maintained by the affiliates of the Foundation AND is publicly accessible and usable for application developers and users.

“We are working on a market design that will be freely available for everyone to set up his/her own microgrid,” Hesse comments.

Michael Merz, managing director, Ponton GmbH, is the developer of the Enerchain project which allows anonymous peer-to-peer trading without using a third party. Enerchain allows traders to anonymously send orders to a decentralised order book that can be accessed by other traders. This lowers transaction costs by erasing the need for exchanges or brokers.

Currently, 39 companies from the energy sector in Europe are part of the Enerchain network. Among these are E.on and Enel, who performed a live-electricity-trade at the EMART Energy Conference in 2017.

A gas live trade was executed by Wien Energie and Neas Energy. The execution of the live trades performed at the conference illustrated that applications like the Enerchain have already entered the proof-of-concept phase.

On the question on why these trading companies are actively joining the Blockchain project, Merz replies: “First of all, they are curious about how to run a blockchain node and what effort it takes to configure it. They also want to understand how the specific technology works. Our technology is called ‘Tendermint’ which is capable to bring down block time to one second. Secondly, decentralised trading sounds magic as we all would have expected this to be impossible until one or two years ago. Participants want to understand the pros and cons here as well as the system behaviour if they put it under load.”

Merz continues: “From a participant’s perspective, Enerchain allows to trade self-defined products. If participants would like to trade 30-min intraday products or 5-min delivery intervals or 3-years baseload contracts, no one keeps them from doing this instantaneously. The system provides an API that allows traders to connect their Algorithms to the decentralised market – also for these self-defined products.”

Regulation will catch up soon – right?

Regulation will soon catch up with blockchain technology, according to Ludena: “Blockchain has made technically possible what was once before technically impossible; like enabling prosumers as direct participants in energy trading. Regulation needs to catch up with blockchain technology, and it will. This will mean both energy and financial regulation, and other related areas of the law, will have to acknowledge and address blockchain, for example, in relation to the regulatory status of novel blockchain platforms and regulatory roles of new participants, like prosumers, in energy trading.”

Merz has an interesting view on this: “The blockchain-based marketplace does not materialise anymore as a legal entity. Today’s regulation is tailored for MTFs (multilateral trading facility), OTFs (organised trading facilities), OMPs (organised marketplace), etc. But with blockchain technology as a link between traders, the legal entity is just skipped. Instead, Enerchain, for example, is designed as a communication network which is used like TCP/IP to facilitate trading. In the same way as vendors of internet switches and routers or telecom service providers cannot be considered as an MTF, blockchain nodes can’t be either. Furthermore, the project also deals with a regulatory classification of ‘trading over the blockchain’. How can it be positioned within the universe of financial and energy regulation? Together with the participants, we have involved an international auditor to work out a common understanding of decentralised trading and which implication this has on the trading process.”

Stay tuned for Part 2, where our experts give their views on how they see trading over the blockchain develop in the coming years! 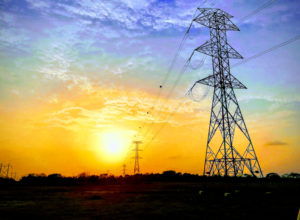