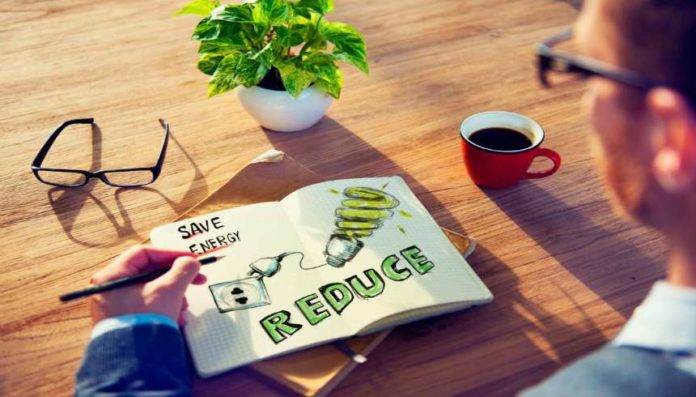 Following last week’s rating of Massachusetts as the leading energy efficient state in the US by ACEEE, we analyse the latest energy efficiency developments implemented by utility companies operating both in and outside the state.

We investigate how the energy providers have gone in helping their customers outside the state achieve the same energy efficiency savings as those witnessed by consumers in Massachusetts.

The American Council for an Energy Efficient Economy (ACEEE) in its 2017 utility energy efficiency scorecard ranked nine Massachusetts utilities amongst the top ten most successful energy companies in deploying energy efficiency programmes in the US.

In total, according to ACEEE, both the Massachusetts government and energy providers operating in the state are spending up to $500 million in energy efficiency projects per annum.

Eversource Energy, a provider of energy services to over 3.6 million consumers in Massachusetts, Connecticut and New Hampshire together with National Grid top listed the organization’s 2017 utility energy efficiency scorecard.

Grace Relf, the lead author of the report, commented: “This really highlights the importance of state and regulatory support for efficiency.”

Today, we look at some of the energy efficiency measures Eversource Energy deployed to keep the energy bills for its customers low at the same time stabilise its grid network.

One of the main measures employed by Eversource Energy to improve its energy efficiency is the deployment of LED bulbs. The utility continues to equip consumers in its service territories in and outside Massachusetts with LED bulbs.

In late June, Eversource Energy in partnership with Mattapoisett city council in Massachusetts provided some 150 consumers with five LED bulbs each for free.

Commenting on the development, Bill Stack, Spokesperson for the energy efficiency division at Eversource, said: “Everyone who swapped five of their home’s inefficient light bulbs will save more than $50 in annual energy costs.

“LEDs also last up to 25 years, so these Mattapoisett residents took a longstanding, yet easy, step to make their homes more energy efficient.”

In mid-June, the energy company had announced its partnership with the town of Stonington in Connecticut and Energize Connecticut in deploying its Home Energy Solutions for its customers in the town.

Under the Home Energy Solutions, Eversource and Energize Connecticut provide consumers with home energy assessments and home improvements at a discounted rate.

The programme normally provides home improvements worth $1,000 for a fee of $124. However, the first 100 customers of Eversource Energy in Stonington to sign up for the programme will pay $74 to have their homes equipped with energy efficient appliances.

The programme is being subsidised for the first 100 participants using the Bright Idea grant won by the town for participating in the Clean Energy Communities, reported the Stonington Patch.

The programme equips customers with wi-fi thermostats, LED lighting and control systems, Energy Star rated heating and cooling systems to help consumers save up to $200 in energy bills per annum.

Through the programme, towns are allocated an energy and water efficiency manager to monitor and identify potential in municipal and educational buildings.

According to John Post, chairman of the Green Team in Litchfield, energy efficiency improvements made in schools in partnership with the energy provider has saved the town $100,000 in energy bills per annum.

Enoch Lenge of Eversource Energy, said: “Our contractors also educate residents on health and safety measures, and evaluate everything from windows and insulation to appliances and heating and cooling systems. Though it’s a one-stop service, the contractor’s recommendations leave residents with long-term strategies to increase their home’s value.” [US city sets target for home energy efficiency upgrades]

Despite providing customers with energy efficient appliances, Eversource Energy through its website, workshops, social media and traditional media including newspapers provide recommendations on how consumers can improve their energy efficiency.

This year, collaborations between Eversource Energy and academic institutions including colleges, schools and universities has increased.

In its effort to become a carbon neutral education facility by 2050, the University of Connecticut in April announced it will continue its partnership with Eversource Energy to identify energy efficiency potentials and make instalments at its campus.

In a statement, published on the university’s online news portal UConn Today, the institution could save up to 9.5 KW-h equivalent to $1.5 million in energy bills due to energy efficiency upgrades made so far.

Since 2014 through to October this year, the two parties will complete some 80 projects on energy efficiency which includes upgrades to lighting and cooling systems.

Richard Miller, director of the Office of Environmental Policy at UConn, said:  “Now more than ever, state government and higher education, in partnership with progressive energy companies like Eversource, need to take a leadership role on climate change.”

Eversource has also been partnered on energy efficiency with local retail supermarkets in Connecticut. The utility company, in April, with Danbury Shoprite supermarkets, partnered to replace some existing refrigeration and lighting systems with energy efficient models in some 11 supermarket buildings.

According to the News Times, the upgrades will help Danbury Shoprite save $200,000 in energy bills each year.

The upgrades included the installation of sensors which can detect movement and turn LED lights and the opposite in the case no one is in a room.

Enoch Lenge commented: “Delaying to upgrade old, inefficient equipment can cost more money over time. This holistic approach will help ShopRite to not only save money, but also make their energy-efficient investment back in two and a half years.”

In addition to receiving recognition from the ACEEE and the Massachusetts state government for its efforts in energy efficiency, Eversource Energy has in May this year been recognised by EPA in the group’s 2017 Energy Star Partners of the Year for Energy Efficiency Programme Delivery.

The award recognised the partnership of Eversource Energy and Energize Connecticut.