Over the past five years the country’s six incumbent utilities British Gas, SSE, Npower, Scottish Power, EDF Energy and E.On have struggled with the loss of large shares of their customer base to newcomer energy suppliers, down from 99% to 79% and in the same time, margins for the companies have been pushed back.

As if a shrinking customer base and deteriorating margins weren’t enough, the government is enforcing price caps to put a stop to the over-charging of Britain’s most vulnerable and disengaged customers, a disproportionate share of which belong to the “big six”. No wonder British Gas’ parent Centrica lost 40% of its market cap in 2017 and is now laying 4000 people off.

At Eliq, we meet British energy suppliers every week, who are looking to improve their customer engagement to get a head start in thus ultra-competitive market. We also participate in industry events by the regulators and industry associations such as Ofgem, BEIS, BEAMA, and Energy UK and I get to experience the market first-hand from various perspectives.

✨ 👉 We predict that UK energy switching will continue to accelerate 👈 ✨

Seeing as the drop in market share has been going on for five years by now, one would think that the big six would have started implemented new strategies and that their scale would enable them to push back on the challenger suppliers sometime soon. I would argue that this is not the case. Several factors lead us to believe that the rise of the independent suppliers will not only continue, but accelerate in the short to medium term.

Here is why the erosion of the Big Six’ market share is poised to accelerate:

More competitors. Having passed 60-some suppliers listed on the switching sites, the number of energy suppliers keeps rising despite the odd utility going belly-up each winter. The number of registered supply licenses with Ofgem has now risen to 186, which may indicate that many more suppliers are gearing up to enter the market.

Collective switching. Recently, a number of new initiatives aimed at collectively negotiating the best deal for a large number of people at once, have become available. Ofgem is trialing such an initiative geared at makIng those who have never switched their supplier — an aggressive approach from a market regulator! IKEA announced its participation in a similar programme in February, aimed at switching people onto renewable suppliers.

Smart metering ⚡ As we enter the next phase of the UK Smart programme and the DCC data hub becomes operational, switching will become even simpler, and customers will get access to more data on their consumption, allowing people to better understand just how expensive their energy tariff really is. In fact, customers will be able to give price comparison websites such as uSwitch direct access to their meter reads, which will open up for new innovation in the switching space, opening for intelligent price subscription services and help booming the (among utilities) dreaded auto-switching services such as Labrador and Flipper.

Better IT systems Accounting for a significant part of utilities cost base, the IT infrastructure available for today’s utility are more flexible and often more cost effective than the legacy systems operated by the large suppliers. The likes of Gentrack/Junifer, Utilisoft and Siemens have made it easier than ever to operate and scale up as an energy supplier in the UK. In fact, some of the new suppliers seem to be able to serve their customers with a relatively smaller team — and achieving higher customer satisfaction scores in the process!

The Big Six are slow 🐌 In five years, the companies still don’t appear to have woken up. British Gas have placed their bet on Hive, a good smart home solution that was very innovative when it came out, but, in my opinion is not keeping up with the competition from the likes of Google, Nest, Amazon, Ring (which was just acquired by Amazon). Fundamentally changing your perception to be customer-centric at the expense of short term financial gains may just be too tough a pill to swallow for a large public company?

This means getting rid of massively profitable but disliked standard variable tariffs (not just giving them new names…) and actually helping its customers to save energy. It can be done. Denmark’s Ørsted has made a point of helping its customers to save and switched its 1 million electricity customers to a zero markup, 29kr (£3.5) flat monthly service fee (and it’s renewable, too). Losing money short-term in the process, but setting itself up for leading innovation in the market.

For challengers, it’s all smooth sailing from here on, then? Hardly.

With the current influx of new market entrants — and trust me, more are on their way, my company serves utilities for a living — a tough time is ahead. Between smart metering mandate and the margin being pushed back by venture-backed competitors, surviving the next few years will require both perseverance and deep pockets. But not only that, the ability to navigate the highly tactical switching market and build deep customer relationship at the same time is going to be critical for survival.

Customers acquired through price comparison websites and using attractive offers are the least likely to stay with their supplier for a long time, and retaining such a customer base may mean forking out new commission fees each year… 💸 The strategy that makes a utility take off in the early years may not be ideal for customer retention and challengers may find themselves in a plateau stage sooner than they think. Retaining a large customer base requires both an efficient operation as well as investment in the customer relationship. Learning from the best and testing out the rest.

What else can go wrong for challenger suppliers? 😱

Although we believe the challenger suppliers will continue to grow fast, the dynamics of the market is far from sustainable. So what can go wrong? Let’s make another list! 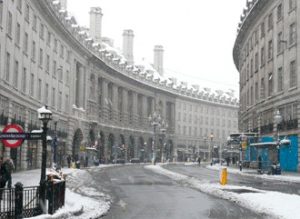 Cold winters. UK energy suppliers are sensitive to unexpected consumption increases. Too many cold days at the wrong time means higher gas consumption, forcing the supplier to buy gas off the spot market at much higher prices. If, as a supplier, you neither have the margins nor the capital to make it to spring (so to speak), you’ll run out of cash. Last winter, we saw GB Energy go out of business and over the last couple of months Future Energyand Brighter World Energy have closed up shop.

📉 Investor fatigue or cold feet. Even though most of the new suppliers are private companies, it’s clear that most of the fast-growing newcomers are losing money fast. With the easy access to capital in today’s financial markets, market share beats profitability any day of the week, but if more suppliers go bust or the current boom cycle comes to an end, investors may pull out. 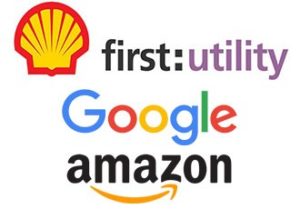 Someone better comes along. Shell just bought First Utility. BP is backing renewable energy supplier Pure Planet. IKEA provides solar panels and helps consumers to switch suppliers. But what if someone new enters this space with a bigger infrastructure, better brand, and stronger ability to execute? Virgin, Google, Amazon? Actually, Google and Amazon have expressed interest in entering the UK energy market in some capacity. A while back, someone floated the idea of Amazon buying Npower (for cheap). One of the best ideas I heard all year. Someone like this could fundamentally change the dynamics of the market.

There’s certainly an opportunity in the UK market — lots of movement in the market and new entrants that start reaching scale. How this works out in the long term and what will become of the “Big Six” remains a question, but clearly the wheels have started to turn, in the world’s most competitive energy market and if the name of the game right now is price, the final battle will be for the customer’s trust and love.