Turkish firm Positive Energy was recognised with the Best International Project award at the European Utility Week awards. Through its ‘BEAD’ project, the firm developed an IoT device that analyses and learns user behaviour and occupancy changes of commercial and residential buildings in order to give feedback to automation systems.

In an interview with Metering & Smart Energy International, Soner Hacihaliloglu, co-founder and CEO of BEAD, Positive Energy expands on the impact that the project has had in reducing energy consumption in buildings as well as the biggest challenges facing the utilities sector and finally, his three predictions for the energy sector in 2017.

What impact has the project had in the organisation?

SH: We started developing BEAD in 2015 and launched it in January 2016. The reason for developing ‘BEAD’ was the significant energy waste in commercial buildings, estimated at more than $5 billion annually. After installing the technology, we have seen that by just understanding how energy is consumed according to human behavior and buildings’ day-cycle we can save more than 20% in commercial buildings. That motivation kept us motivated toward developing the technology further to become the first technology for operating buildings without human intervention.

What personal learning have you taken away from being part of this project?

[quote] SH: I founded Positive Energy in 2014 and till today my goal was to develop the first technology to become the intelligence in smart buildings. A building that connects with you and with the environment. After being awarded by EUW at EUA, I feel that we are on the right path in order to achieve our goals.

What strength and unique perspective did you bring to the team? 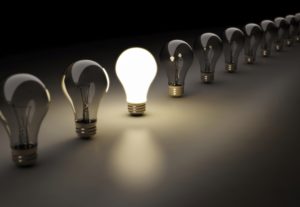 SH: Our vision is to develop a sustainable and innovative product for the clean tech industry. We believe that by just changing people’s mindsets around how they consume energy, we can save over $500 million, and with that money companies can fund new renewable technology products.

The technology that the utility sector is using are disconnected from the consumers and from the technology around the world. The biggest challenge will be engaging users and consumers in the system. According to our study, human behaviour contributes to between 20 to 25% of energy waste in buildings. We can not ignore that fact and we must connect systems with people.

What are you top 3 predictions for the sector for 2017?