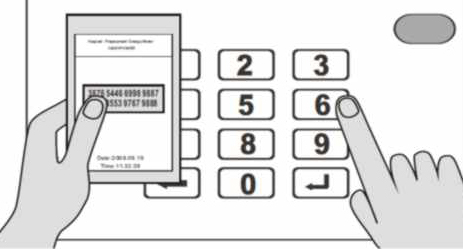 This week Metering.com continues its analysis of the prepaid electricity market in Africa.

We discuss the challenges being faced by utility companies in deploying prepaid electricity systems as well as utility and consumer benefits associated with the use of prepaid meters.

Despite the challenges including a lack of funding and regulatory frameworks to support the deployment of prepaid electricity meters, utilities in Africa have also recorded an increase in the number of prepaid meter tampering incidents.

In Namibia, utility firm Erongo RED has tasked its energy management and revenue protection department to perform door-to-door checks on its prepaid electricity meters in Walvis Bay after recording unusual purchasing patterns on a number of residential properties.

Apart from issuing fines to customers found tampering with their meters, Erongo RED will carry out consumer awareness initiatives to educate its customers on the benefits of prepaid meters and the dangers associated with bypassing prepaid meters.

Meanwhile, the Save Ghana Foundation has asked the Electricity Company of Ghana, the presidential office and the Ministry of Energy to temporarily ban the use of prepaid electricity meters.

The decision by the Foundation to file its petition follows a number of complaints of increases in electricity payments, opposed to the set amount paid by customers prior to the installation of prepaid meters. Faulty prepaid meters have also exacerbated this problem.

In December 2016, Zimbabwe’s Daily News reported an increase in the number of reports of the country’s installed meters inaccurately billing customers due to technical issues.

This resulted in the Zimbabwe Electricity Supply Authority (ZESA) calling for the removal of some 6,000 prepaid units. Following the failure of the prepaid units, ZESA cancelled its contract with Chinese supplier and improved its meter specifications in order to commission and buy meters resistant to the harsh Zimbabwean climate.

Despite various factors restraining the growth of the prepaid meters industry in Africa, the penetration of prepaid metering technology continues to increase under efforts by energy companies to recover energy debts and to improve their billing processes.

By the end of 2016, Kenya Power announced that it reached a total prepaid meter installation base of 2.3 million. The utility is targeting to equip all its 4.89 million consumers with the prepaid metering technology to improve its revenue collection, reduce operation cost and help its consumers improve their energy efficiency, reported the Standard Digital.

In South Africa, the emergence of prepaid meters has also come as a solution for debt recovery by the state-owned utility firm. Eskom has to date reached a number of agreements with municipalities to use the system.

The city of Johannesburg gave credit to the use of the system for its 10% decline in illegal electricity connections.

City officials told Times Live that the installation of prepaid meters has resulted in a 13% increase in meter accuracy throughout 2016.

“Fifty-four percent of stage 1 load shedding and 15% of stage 2 load shedding was avoided in 2015 through our creativity as a City,” claims officials at the city of Johannesburg. [Analysis: Prepaid electricity metering in Africa pt1].