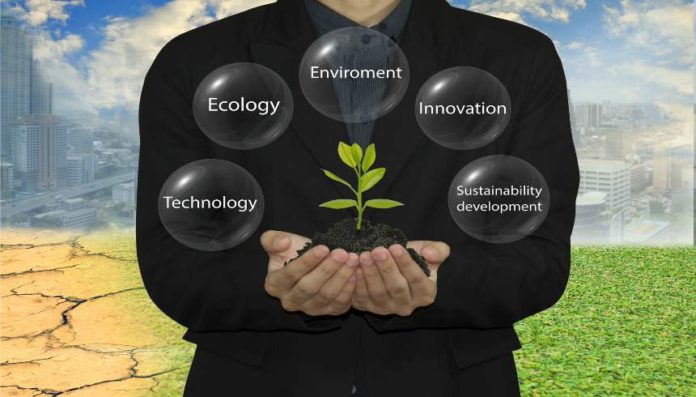 The majority of smart city programmes deployed in 2017 so far include partnerships between telecommunication companies with cities, governments, utilities and IoT solution providers.

A study conducted by Navigant Research forecasts $40.1 billion in revenue generation by the end of 2017 due to the implementation of 250 smart city projects the research firm found currently being deployed in 178 cities globally.

The high rate of telecommunication companies involved in smart city programmes falls under initiatives by the firms to expand their services and improve revenue streams through adopting new business models.

Most of the telecommunications companies dominant in the smart city sector are amongst the most successful telecoms in the world, for instance, companies including US-based Verizon Communications and AT&T, Spanish owned Telefonica, UK-based Vodafone and Germany headquartered Deutsche Telekom AG.

At the same time, small telecoms have also been present in the sector through their involvement in citywide smart city initiatives.

In addition to telecoms expanding their investments in emerging markets such as the smart city sector to expand operations, the demand for communication platforms to provide connectivity to IoT applications and appliances for smart cities have driven an increase in participation of telecoms.

For instance, IoT networks whom the majority are owned by these telecommunication companies have been deployed to provide connectivity to smart streetlights under efforts by municipalities, utilities and governments to remotely control and operate streetlights and reduce energy costs from streetlighting.

According to markets intelligence firm NorthEast Group, there are currently 315 million streetlights worldwide of which 42% will require IoT networks for connectivity and smart operations over the next decade.

Investments of up to $69.5 billion are forecasted to be directed towards the internet of things in the streetlight market by 2027.

In June, the Jamaica Public Service Company (JPS) engaged in a three-year initiative with Silver Spring Networks in which the utility firm will use the company’s IoT network and management software to network, operate and manage some 110,000 streetlights in Kingston, Spanish Town, Negril and Falmouth.

The project falls under efforts by JPS to modernise its energy infrastructure and reduce operational costs.

JPS had previously deployed Silver Spring’s IoT network to provide connectivity to an advanced metering infrastructure which includes 20,000 smart meters deployed since 2016 by the energy provider.

The expansion of the IoT network will enable an additional 30,000 smart electric meters to be connected and will allow the deployment of various IoT applications in future.

Elsewhere, due to deploying Silver Spring’s IoT network, the Florida Power & Light Company in the US connected and is operating some 500,000 smart streetlights. The project is claimed to be the world’s largest networked streetlights programme.

A fortnight ago, Silver Spring announced its partnership with the telecoms subsidiary of Irish energy provider ESB in developing a nationwide IoT network.

In a statement, Silver Spring said it will deploy its Starfish IoT network and related managed services to supplement ESB Telecoms telecommunications infrastructure to speed up the adoption and connection of IoT appliances and technologies for municipal, commercial and industrial consumers in Ireland.

“We will be honored to work with ESB Telecoms Ltd and see this as a further endorsement of the Wi-SUN mesh network protocol. Together we expect to utilize currently existing standards-based technology to accelerate deployment of massive-scale networks for devices, enabling entities to cost-effectively join the IoT revolution through our Starfish Platform-as-a-Service,” said Mike Bell, CEO of Silver Spring Networks.

In early March, during the Mobile World Congress held in Barcelona, the Irish city of Dublin signed a Memorandum of Understanding with telecoms firm AT&T in deploying a smart city programme which includes the city using the company’s IoT network to connect some streetlights.

The MoU with Dublin is the first agreement between AT&T and a city outside the US, will include the telecoms developing and introducing new innovative IoT solutions to help Dublin city to improve its services and the quality of life for its residents.

Mike Zeto, the general manager of smart cities at AT&T, said: “More cities are realising the impact IoT solutions can have on making their communities more efficient, sustainable and enjoyable.”

In the US, AT&T plans to be a leader in smart city deployments. Recently, the telecoms in partnership with Ericsson and Hitachi and the Miami-Dade County launched a smart cities operation center which will focus on developing IoT solutions to help the government address operational challenges, reported the Future Structure.

The Center will help the municipality improve operations in the street lighting, public safety and transport sectors.

In February this year, Telecompetitor reported the partnership between AT&T and GE and utility Georgia Power which will allow the rollout of a smart city pilot in which some 1,000 smart city streetlights will be deployed and networked using the telecoms’ smart city platform.

The rollout of smart city pilots continues to increase. In late July, the US city of Ridgeland in Mississippi state became the first city in the state to implement a smart city programme which will be implemented over the next two years in partnership with telecoms CSpire.

The pilot will include the use of smart lighting and traffic analytics in municipal operations.

Outside the US, in Australia, Joondalup city selected Telstra to deploy a smart city pilot which will pave way for the installation of IoT enabled environmental sensors, smart bins and smart parking technologies to simplify mobility and promote sustainability in the city.

Troy Pickard, the mayor of Joondalup, told IT wire that: “It is imperative that we reassess our business models and shift towards a more mobile and agile way of doing business”.