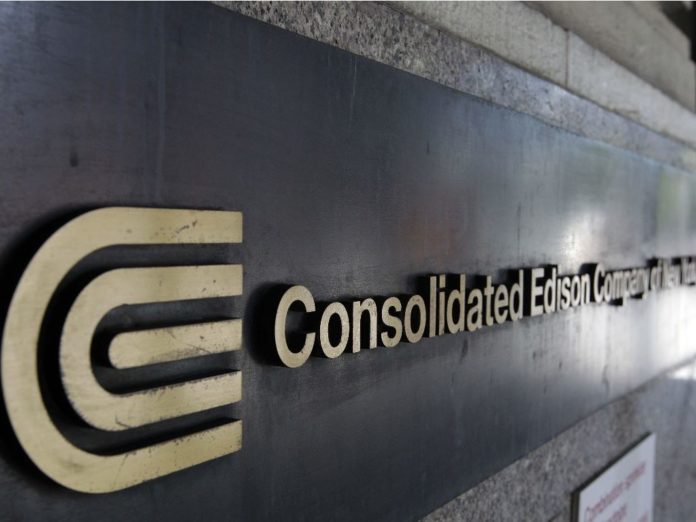 We discuss Con Edison’s plans to deploy smart meters and improve their communications infrastructure to enhance its near real-time grid management through two way communication with its customers.

Apart from improving Con Edison’s customer services through quick response to grid failures and reduced power outages, smart meters are expected to help customers of the utility firm to improve their energy efficiency and costs.

A report released by the Institute for Electric Innovation (IEI), in October, states that the smart metering systems are helping US utility firms to meet carbon emission reduction targets set by state governments, by allowing increased integration of distributed and renewable energy resources with grid networks.

Apart from the stated smart meter benefits, utilities are relying on the technology to accurately bill their customers as well as to ensure grid reliability at all times through introduction of demand response initiatives such as Time of Use energy pricing.

The IEI report states that with more than half of consumers in the US equipped with smart meters, 65 million units have been deployed since 2015 and the number is expected to reach 70 million by the end of 2016 and 90 million by 2020.

Con Edison is expected to be amongst the leading US utilities in terms of increasing its smart meter base. The company has plans to install 3.6 million smart meters by 2021.

However, in a press statement, Con Edison said it has filed a proposal with the New York Public Service Commission to increase its energy rates by 5.2% by January 2017.

The utility firm is planning to generate capital to fund existing and planned smart grid projects to be deployed through to 2022.

The smart grid projects include programmes currently underway such as the development of an IT system to support the communications of utility’s increasing smart meter portfolio.

The electricity and gas distributor also reports of its plans to engage in a massive smart meters deployment next year.

Recently, the firm together with its sister utility, Orange and Rockland Utilities, partnered with Smart Grid Solutions to deploy an automated metering infrastructure (AMI) project which includes installation of some 3.9 million smart electric meters and 1.3 smart gas modules.

The project is one of Con Edison’s programmes including the development of communications infrastructure for smart meters.

Tom Magee, general manager of AMI implementation at Con Edison, said: “We felt that the technology being offered by SGS would integrate seamlessly into our existing processes and help ensure that safety and productivity remain a priority for Consolidated Edison.”

In the first quarter of 2016, Con Edison announced that it will use its $1.3 billion smart meter rollout budget to ensure it delivers fine-grained and timely data to its customers.

The company promised that it will update its existing AMI technology with the industry’s latest to ensure it provides its customers with new grid and AMI services.

By so doing, Con Edison will be trying to line up with recommendations set by New York’s Reforming the Energy Vision (REV) programme for utilities to improve their AMI system including meter data management and SCADA systems to provide customers with access to quarter-hourly energy usage data.

Under the plan, the energy company wants to deploy measures which would allow its customers to have access to their energy use data using mobile applications provided by third parties. [Con Ed selects OMNETRIC for rollout of MDM technology].

The utility firm also agreed that independent energy efficiency and demand response parties can have access to its consumers’ smart meter usage data to help them become more energy efficiency.

To do so, the company said it will explore and include in its grid network, multiple AMI solutions being developed by various smart grid solution providers.

This led to Con Edison selecting Silver Spring Networks for provision of communication infrastructure for smart meters developed by Aclara.

The utility agreed to have its smart meters connected to applications such as smart home equipment, electric vehicle, solar energy systems and demand response aggregators.

Such a development has led to Con Edison signing multiple smart meter enabled programmes to ensure a reliable grid network and that it is able to meet growing peak power demand.

With Power Efficiency Corporation, Con Edison is planning to deliver 12MW of demand response capacity in New York during the summer months of 2017 and 2018.

Scott Caputo, president of Power Efficiency Corporation, said: “We plan to implement a variety of measures to meet our 12 MW commitment that will include the curtailment of load associated with traditional Demand Response, as well as battery energy storage and clean power generation.”

With Wildan Group, Con Edison agreed to spend $40.6 million in helping its customers reduce their energy usage and bills through the use of energy efficiency equipment and by avoiding using more Under the initiative ‘Multifamily Energy Efficiency’, Con Edison will provide incentives for its customers living in residential facilities with multiple units to be equipped with energy efficiency lights and HVAC systems.

The contracts falls under the utility’s efforts to try to avoid investing $1 billion in grid infrastructure and new generation sources to meet growing power demand in Brooklyn and Queens administrative divisions.

The company also partnered with Franklin Energy to install lighting solutions for utility’s 27,000 residential customers in the two New York state administrative divisions through to the end of 2017 to 2,000KW of energy.

Apart from energy efficiency and demand response to ensure grid reliability, the firm has interest in energy storage resulting in the signing of a contract with energy storage firm Axiom Exergy.

In total, the project will install between 1.5MW and 2MW refrigeration battery storage systems and is expected to save 6MWh to 8MWh of energy during peak periods.