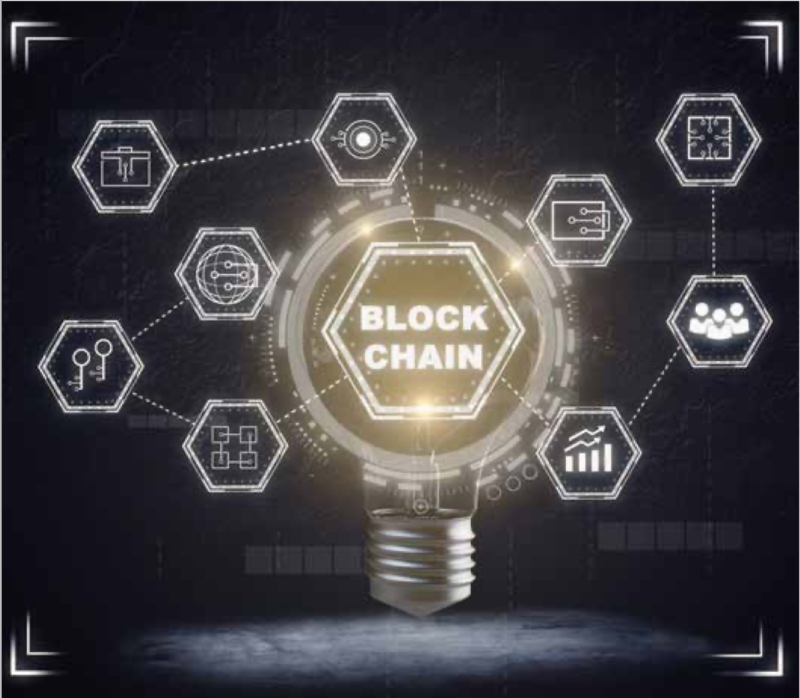 With the help of platform and blockchain technologies, the projects aim to decentralise energy trading and to help stabilise the energy grid.

In Germany, energy generation using renewable sources such as photovoltaics, wind or biomass has been promoted by the Renewable Energy Sources Act (EEG) since 2000. Since then, the share of renewables in gross energy consumption has risen from around six per cent to approximately 40% in 2018. However, this dynamic development is starting to face headwinds. While the expansion of private photovoltaic systems continues to grow, it is no longer as rapid as it has been in past years. This has been caused by a reduction of the EEG’s feed-in tariffs, which will be completely phased out for the oldest subsidised systems starting in 2021.

For energy generation to remain attractive for private households (often referred to as “prosumers”), new energy market models are needed. The previously hierarchical and centralised energy trading needs to be supplemented by decentralised mechanisms that enable trading at regional and local levels. One example of this is the pebbles project.

Pebbles (peer-to-peer trading based on blockchains) is primarily focusing on the question of how to use blockchain technology to create a local and networkstabilising peer-to-peer energy trading system between energy producers and consumers. Thus, a market design that considers the price and technology preferences of the participants, as well as the condition of the local distribution grid, is being developed. This will shape local energy trading in a way that serves the grid and contributes to its stability. Users can enter their trading preferences via an app, and a software agent automatically generates bids based on consumption and generation forecasts. The aim is not only to automate local energy trading but also to optimise it.

The test area for the pebbles demonstrator is located in the Bavarian municipality of Wildpoldsried. Prosumers and commercial producers have already been won as test participants. With the Wildpoldsried Energy Campus, consisting of various aggregates, load banks, flexibly interconnectable grid strings, energy storage systems and a converter coupling, the pebbles consortium has a unique, extremely flexible asset for the field trials at its disposal. The development of suitable business models, which are being analysed from an economic and regulatory perspective, is another objective pursued by pebbles.

Similar to pebbles, the other three projects also employ blockchain and cloud technology to realise their vision of local and direct energy trade.

Secure, decentralised trading via blockchain and in the cloud

Cloud-based platform technologies have been changing the economy for several years. One of the main strengths of these technologies is that they allow outsourcing and that processes no longer need to be centralised. A disadvantage, however, is that platform operators often play a central role in the respective business models. If they succeed in winning the trust of their users, they often gain a dominant market position.

Blockchain technology has the potential to counteract such developments: A blockchain is a decentralised database, which is best imagined as a distributed ledger. All network participants can access and view all current and past data entries of this ledger. The data is not managed in a central database but via nodes. These nodes process each transaction or information at the same time. If the nodes reach a consensus on the validity of a transaction, it is considered verified.

For the energy sector, blockchain technology, therefore, offers the advantage of enabling transparent and tamper-proof transactions between consumers and producers without the need for a middleman. The trust of the contract partners is established solely by the blockchain.

A large part of energy trading takes place with lead times on futures markets. This has the advantage of planning security about when and in what quantity energy is produced and purchased. Since 2012 – following an amendment to the EEG – the share of renewable energy in Germany has risen sharply due to direct marketing across the entire energy market. However, fluctuating wind and solar power can repeatedly lead to production peaks and lows. The constant change in renewable energy quantities and resulting energy deficits, as well as surpluses, can cause massive regional fluctuations within the grid. A timely balancing of very small quantities of energy between producers and consumers can, therefore, support the stability of the local grid. So far, however, the transaction costs for trading very small quantities of energy have been high, as they are not negotiated on the energy exchange but off-exchange.

The ETIBLOGG project (Energy Trading via Blockchain-Technology in the Local Green Grid) uses blockchain technology to develop efficient and near real-time trading of very small quantities of energy in local power grids – making it economically viable for consumers, producers and prosumers.

The necessary system architecture will be developed and tested employing various demonstrators in a test environment and in a public microgrid. The project implements a communication interface (blockchain device) between the participants, so they can automatically buy and sell energy in real-time. Blockchain technology allows this to be implemented independently of a central arbiter such as the energy exchange. In addition to the blockchain, the latest security systems ensure the exchange and provision of data. The development of ETIBLOGG, therefore, contributes to the stability of local grids and enables near real-time trading for very small quantities of energy.

The SMECS (Smart Energy Communities) project is exploring how small producers and energy cooperatives can better market their energy in the future using blockchain and platform technologies. The platform developed by SMECS provides the participants in these regional energy communities with all the data they need for energy trading, such as production forecasts or information on the condition of the photovoltaic systems involved.

The blockchain also enables customers to consciously support regional energy generation with their purchases, as they can always be certain of the origin of the energy they consume. This proof of origin can be used to make grid charges more transparent and to achieve savings in line with expected regulatory adjustments. The contractual relationship between producer and consumer is documented in a smart contract. The user profile on the SMECS platform can also include the energy mix and price preferences.

A large virtual energy storage system based on the blockchain

Photovoltaic system operators often face the problem that they cannot consume the solar energy they generate themselves when it is produced. In most cases, the in-house storage capacities are not sufficient to access the energy later. BloGPV (Blockchain-based, large-scale virtual storage system for PV system operators) is researching a solution to this problem. The project employs the blockchain to connect home storage systems via a platform to form a large virtual energy storage system.

The energy collected in the virtual storage can be resold to other prosumers as well as to consumers. BloGPV, therefore, enables neighbourhood energy trading that is inexpensive and tamper-proof with the help of smart contracts that comply with data protection regulations. Ninety-six test customers are already participating in the pilot project in the greater Hanover area.

All four projects show ways in which the blockchain and platform technology can be used – to make the energy market more decentralised in the future, and organise it regionally in such a way that energy generation will be worthwhile for small producers – even after the EEG subsidies expire. The projects, therefore, show how the energy system transformation in Germany can be continued and further developed and provide suggestions for regulatory adjustments. SEI

Joachim Klaus is the project manager of the energy research project pebbles. He initially joined the electric utility Allgäuer Überlandwerk GmbH – which leads the research consortium – as a project engineer. Before that, he studied industrial engineering at the University of Augsburg. Klaus wrote his master thesis at the Research Centre Finance & Information Management (FIM) on the topic Potential of Blockchain Technology for the Energy Sector in cooperation with the energy storage company Sonnen GmbH.

Joachim Klaus will be speaking on 12 November 2019 at 16:00 when he presents on the Pebbles project in Theatre 6. On the 13 November 2019 he will participate on the panel discussion: Disrupting the Energy Markets. The pebbles project can be seen at exhibition booth L140.