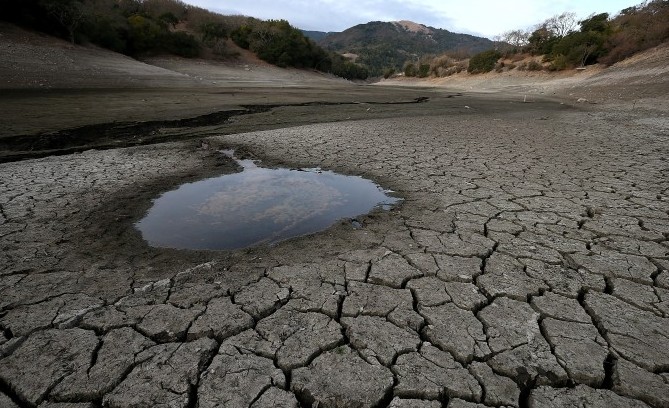 California lifted its mandatory water restrictions in May but much of the state still has a rain deficit. We look at how water utilities are adapting to a drier future.

A wet winter in the northern part of California has contributed to the lifting of a statewide water limit.

And July stats from the US Drought Monitor show about 60% of the state is still in severe drought, down from about 95% one year ago.

Southern California however is a different story with two or three years rain deficit to catch up on and an estimated 66 million dead trees in the forests since the drought began five years ago.

Not surprising then that out of 108 water utilities under the California Public Utilities Commission, more are rallying towards the deployment of smart water meters.

To date, the adoption of smart water meters and other sustainable water management technologies have lowered water leakages and usage by 20% in the US, according to Technavio data.

In addition to enhancing their management of water networks, utilities in California are also being pushed by regulatory mandates to install smart meters.

The rollouts are expected to help the utilities to meet the state governor’s 2015 call for a 25% reduction in water usage as a measure to lower the effects of the drought which has affected California for the past decade.

Four suppliers in both the first and second quarter of 2016 deployed and announced the installation of the metering system under trial and mass rollout projects in line with the governors’ call.

Some have also announced plans to kick start their smart water meter projects before year end in a bid to upgrade their existing infrastructure which have limited optimal revenue collections.

Recently, the Santa Fe Irrigation District approved its plan to replace its existing 7,300 analogue water meters with the new smart water meters in an effort to improve its customer satisfaction by doing away with estimated billing.

[quote] The utility firm is hoping to help its customers to use water more wisely by implementing the US$5.5 million programme as from this August through to 2021.

In early June, the California state-owned water utility company East Valley Water District also entered into a US$2 million contract with water works equipment supplier Equarius Waterworks of Torrance to deploy smart water meters in a bid to address the scarcity of water caused by the drought.

The utility aims to enhance its network management through real time insights on how the distribution network is operating including the provision of notifications in the occurrence of water leakages and meter tempering.

The project will be funded by a loan granted the local water district by the California Department of Water Resources.

Earlier on this month, US city of Lancaster in California signed a contract with water management solutions firm Itron for the provision of a smart water solution which includes the firm’s Total Outcomes.

Rick Gray, the mayor of Lancaster city, commented: “By investing in this technology, we’ll be able to detect and repair leaks in our water transmission lines, saving city taxpayers from bearing the high cost of dealing with water main breaks.

“The same technology will help our residential and commercial customers identify leaks on their own property, so they can have it repaired and avoid being surprised with a huge water bill.”

Lancaster city’s Public Works Department predicts that the technology will save taxpayers US$130,000 to US$200,000 per year.

Political backing crucial to Germany’s energy system of the future

Nigeria to deploy 36 million electricity meters by end of June...