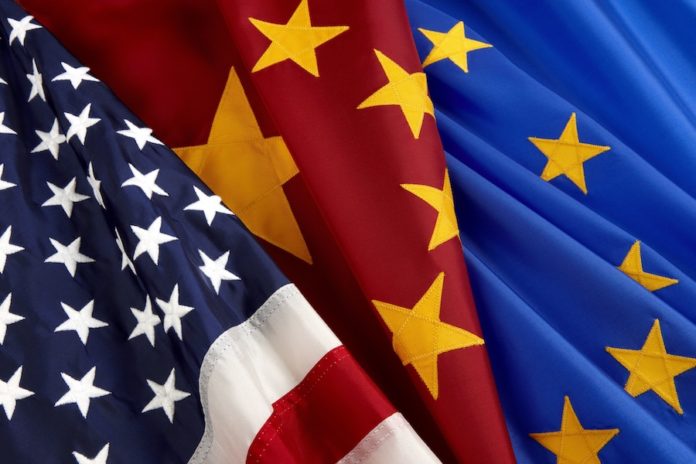 The increasing tension between the US and China has been a discussion point in the news across all parts of the world as countries, companies and individuals try to understand what the standoff between two of the largest economic powers on the planet could mean for them. For the energy sector, this has equally been the case, as many try to understand what it means for the energy transition in particular.

A recent report from international law firm Ashurst, reveals that the ongoing fractures in the relationship between the US and China are already impacting investment into the US clean energy sector. I’ll let the team from Ashurst give their input here:

“Our research has shown that 34% of Chinese respondents currently invest in the energy transition in North America, but only 12% of those considering new markets expect to invest in the region over the next five years.

“More broadly, 28% of respondents from across the G20 said that they were presently investing in North America… However, that number is also set to slow, with only 16% of participants suggesting that they are considering investments over the next five years.

“Any potential reluctance to invest in the energy transition in North America is framed by the ongoing trade tensions between the United States and China, as well as any diplomatic fallout from the COVID-19 pandemic. United States-imposed tariffs on goods such as imported solar modules have to-date pushed production costs higher and discouraged foreign investment in state-level renewables initiatives in California, Texas and other states.”

Leadership through action is far more impactful than posturing and in this, the European Union has shown it’s importance and increased relevance during a time of significant climate and economic pressure. The COVID-19 pandemic has put economies around the world under severe strain and called into question whether the energy transition will be delayed or even hampered by the fallout. Global bodies such as the International Renewable Energy Agency (IRENA) and others have called for stimulus packages to encompass the energy transition in their make up in order to increase the impact of stimulus by addressing climate change concerns. In the US alone, more than 600,000 renewable energy jobs have been lost since February as a result, and there is concern that the focus on climate may shift toward economic recovery at all costs.

Spain significantly has released its Climate Change and Energy Transition Bill this week. The new draft law reinforces the country‘s commitment to the Paris Climate Agreement and promotes green growth as a pillar of its COVID-19 recovery plans. It raises climate targets, boosts e-mobility, and makes cities greener. And it forces investors to divest from fossil fuels.

Italy’s ENI similarly has also reaffirmed it’s commitment to a just energy transition, with CEO Claudio Descalzi saying: “The commitments we have made to pursue in our transformation process as a business are now even stronger, as well as our determination to fight climate change and our efforts towards a just energy transition that takes into account all the factors at stake: from the need to reduce our carbon footprint in the direction of the Paris Agreement to the need for a global development of mankind.”

And finally, across the European Union and the United Kingdom, coal-based power generation has fallen by over a quarter (25.5%) in the first three months of 2020 compared with 2019, with renewable energy reaching a 43% share, according to Wärtsilä.

While the US and China wrangle over trade agreements and trade accusations of wrong doing with one another, will Europe quietly step into the vacuum left by these two and assume the mantle of leader of the energy transition? And what impact will this quiet leadership have on the rest of the world and those countries seeking reassuring, calm and consistent examples of how the energy transition can and should be coupled with economic recovery and growth?

As our reader, your opinion is important to us. Do you think this is an opportunity for Europe to take centre stage in the energy transition? Do they already hold that position? What do you think the US and China’s role in the global energy market will be? As always, we look forward to hearing from you about this, and anything else that is on your mind.

Wishing you healthy and – where relevant – enjoying the slight easing of lockdown restrictions.

Blockchain for solar microgrid in Chile