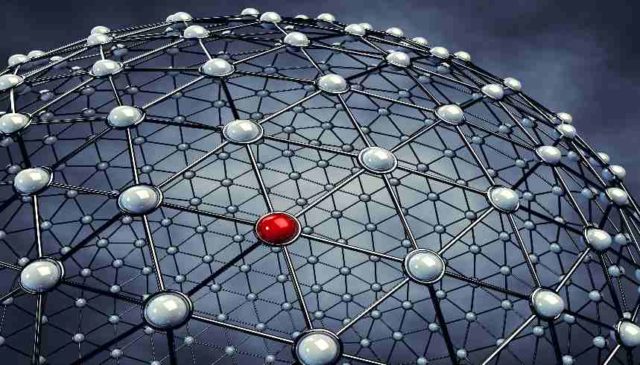 Born in 1997, the DLMS User Association has set ambitious objectives to create the standard for smart meter data exchange. Have these objectives been met?

Growth comes from the roots

First news about the Association appeared in Smart Energy International exactly 20 years ago, written by the then Chairman, Paul Fuchs, the ‘father’ of the first meter reading standard IEC 1107 (aka ‘FLAG protocol’, IEC 62056-21:1996). The subject was the first DLMS UA general meeting held in October 1997 in Amsterdam at Metering Europe (ME).

Founded in March 1997, the Association produced spectacular growth in just six months: by October, membership almost tripled, from three to eight. A modest start of an exciting journey towards smart metering as we see it today: large rollouts putting tens of millions of meters on the wall, a DLMS UA with 300+ members and 850+ DLMS/COSEM compliant meter types.

Since then we have travelled together: ME evolved to EUW, the annual landmark utility event and DLMS/COSEM evolved to be the unchallenged standard for smart metering and energy management (IEC 62056), ready to conquer new fields.

More than a protocol, more than smart metering

The goal was ambitious: to design a standard that brings interoperability to meter data exchange for all energy kinds, all media. Moreover, the standard had to be evolutive so that it could meet yet undefined requirements and applications.

This has been achieved by specifying three key components: COSEM (Companion Specification for Energy Metering), the object model capable of describing virtually any application, OBIS, giving the name of each data and DLMS (Device Language Message Specification), the application layer protocol that turns information to messages.

It was evident that no single communication media can suit all scenarios. Therefore, DLMS/ COSEM was designed to be media independent.

It had to be versatile with foundational extensibility to allow addressing specific future needs, absorbing state of the art technologies and meeting new requirements in areas like security, efficiency and manageability. A tall order for a standard that was to be robust, certifiable and recognised globally!

The power of object modelling

The crucial step in designing DLMS/COSEM is the specification of application-related interface objects that can be readily used for modelling the metering use cases, yet general enough to model any applications.

The DLMS application layer services are the same for each object; this allows adding new objects to the model without affecting the application layer. The resulting messages can be transported over virtually any media.

Object modelling is a powerful tool to formally represent simple or complex data. Each aspect of the data is modelled with an attribute. Objects may have several attributes and also methods to perform operations on the attributes. Objects can interact to support use cases that may be simple such as register reading or more complex such as tariff and billing schemes or load management.

Evolution in all directions

New use cases and functions are addressed with new objects. An example is payment metering with the account, credit, charge and token gateway objects. New data elements are identified by new OBIS codes. For example, recently a code space for renewable energy has been added. To support new media, communication profiles are developed specifying the ‘glue’ between media-specific lower protocol layers and the DLMS/COSEM application layer, and specifying COSEM objects to manage the medium. Examples are the OFDM PLC, high-speed PLC, M-Bus and mesh networks profiles.

Security and efficiency have gained such an importance recently that they deserve special attention.

When automatic meter reading started in the 1990s using cryptography for civil purposes was not yet allowed. Protection was ensured by using passwords. As the utilisation of data escalated, strong cryptographic protection became imperative.

DLMS/COSEM has foreseen this trend: the concepts of authentication, access rights and ciphering were present from the beginning. As cryptography advanced and their implementation in resource constrained devices became feasible, a flexible and powerful security architecture using symmetric and public key algorithms has been developed to protect not only the messages but also data carried by them. This concept provides end-to-end application level protection between market participants and devices across all network segments to meet a diverse range of use cases.

DLMS/COSEM is at home in constrained devices and networks.

The efficiency of DLMS/COSEM has been greatly increased over the years by adding mechanisms like push operation, preestablished and persistent application associations, the ACCESS service handling lists of requests/responses in a single exchange, block transfer with streaming and lost block recovery, “Compact data” objects with pre-defined templates, and compression. With these, both the number of messages exchanged and the number of bytes could be minimized. DLMS/COSEM is successfully deployed now in large quantities on low throughput wireless networks in battery operated devices, such as in residential gas metering.

Smart metering is part of the larger smart grid scenery, with distinct domains like distribution management/automation, utility automation, home and building automation, each with their specific data models. To facilitate data exchange across these domains, the DLMS UA works with IEC TC13, IEC TC57 and CEN TC205 to specify mapping to and from COSEM.

The quest for interoperability

Interoperability is a key requirement for communicating systems to keep integration costs low. Such requirements are underpinned by three constituents: standards, companion specifications and testing. Standards facilitate reaching interoperability on the network, messaging and data level. On the network level the DLMS/COSEM communication profiles use IEC, ISO, CEN, ITU-T, ETSI, IEEE or IETF standards. Messaging level (syntactical) interoperability is the domain of the DLMS/ COSEM application layer specifying services to reach the COSEM objects. Data level (semantic) interoperability is the domain of the COSEM objects that ensure that all data exchanged can be correctly interpreted.

The DLMS UA conformance testing scheme allows ascertaining if an implementation is compliant to the standard. Tests can be performed either by manufacturers or by third parties. Results are verified by the DLMS UA. To date, 850+ Certifications have been issued to 150+ manufacturers.

Testing on the functional and process level is the scope of testing against the companion specifications.

The DLMS UA takes care to maintain coherence between the Books and the standards. Therefore, compliance to the Books gives rise to presumption of conformity to IEC 62056.

The DLMS UA is keen to understand if and how member’s requirements are met by using DLMS/COSEM. From our discussions, the following has transpired: business requirements are as important or perhaps even more important than technical ones. Functionality, interoperability, performance, efficiency and security are minimum requirements. Beyond that what counts is openness, meeting regulatory requirements, maturity, proven track record, stability and future potential.

As suggested by the number of projects, utilities, governments and members using DLMS/COSEM, we are probably on the right track.

Promises delivered – you are invited to the DLMS UA!

At this milestone, it can be concluded that the goals have been achieved: DLMS/COSEM is a powerful and future-proof standard for data exchange between intelligent devices, implemented worldwide in projects large and small, by many utilities and manufacturers, ready to conquer applications beyond smart metering. It started in substations and factories, moved to the doorstep of homes, and makes inroads to new fields. For many members, DLMS/COSEM systems constitute core business.

This success was made possible by the dedicated work of the members of the DLMS UA from Scandinavia to South Africa, from Australia to the USA.

Not yet a member? Join us to participate in, to influence and drive DLMS/COSEM to new successes! MI

ABOUT THE AUTHOR
Győző Kmethy – gyozo.kmethy@dlms.com – is the President of the DLMS UA. He is also Secretary of IEC TC13, Electrical energy measurement and control.

ABOUT THE DLMS USER ASSOCIATION
The DLMS UA – registered in Zug, Switzerland – was established in 1997. It develops, promotes and supports DLMS/COSEM. See www.dlms.com.