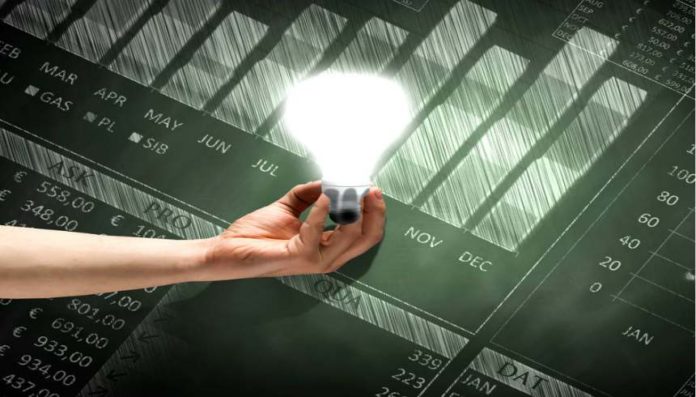 Global energy prices have been increasing for some time now, thanks to a rebound in the cost of oil from historic 12-year lows. This trend has been intensified in the UK by the increasing costs of imported gas, coal, and electricity following depreciation in the pound since the country’s vote to leave the EU in June last year.

In August, Britain’s largest energy firm British Gas announced a 12.5% price hike to its standard variable tariff for electricity, making the company the last of the so-called ‘big six’ providers to announce an increase in prices this year. The company, which is owned by Centrica, has left gas prices unchanged but raised its standard electricity tariff significantly in a move that came into force on September 15th.

The change sees the cost of electricity increase nearly five times above the level of inflation and affects 3.1m existing British Gas customers*, despite the fact that wholesale energy costs have fallen and Centrica made £381m operating profit from UK home energy customers in the first half of 2017.

The increase will add £76 a year to an average British Gas customer’s bill*, and it has not gone unnoticed that the price rise has been imposed just when temperatures will drop and demand for energy will go up.

Energy price rises deal a harsh blow to people who are already struggling to cope as the cost of living continues to rise faster than wages. Meanwhile, the average £76 a year increase multiplied by the 3.1m British Gas customers who are facing the rise, could result in a staggering £235m boost to British Gas’ income at the expense of loyal bill payers.

Against this backdrop, GoCompare Energy has surveyed the British public to unearth how the cost of energy is affecting home life and wellbeing. The research found that more than one in five (22%) British adults are experiencing feelings of anger, anxiousness, or worry because of their energy bills.

Mounting pressures and rising costs are taking a toll within the home, with almost one in five (19%) people having fallen out with those they live with over wasting energy, and almost one in 10 saying they have regular arguments at home as a result of energy bills. A similar number (8%) admitted to having had at least one argument at home over the cost of energy.

Historically the ‘big six’ energy suppliers have dominated the energy supply market, but the past five years have seen a flurry of smaller companies enter the market, encouraged by the UK government championing competition as the best way to drive down household bills. [Almost everyone in the UK aware of smart meters, survey].

Able to capitalise on the low wholesale costs of recent years, these independent suppliers have been able to win market-share by offering competitive fixed-term prices. But in failing to fix the price at which they bought their own energy supplies, companies have been left vulnerable in the face of rising wholesale prices, as demonstrated by the collapse of GB Energy.

But people benefit from a competitive market. Customers on standard variable tariffs with any supplier can still avoid price hikes and enormous bills by finding a more competitive energy tariff and switching suppliers. In fact, another recent study from GoCompare calculated that UK households that stick with expensive tariffs as opposed to switching regularly, are collectively up to £932m a year worse off. **

While this suggests that people are getting the message that the best way to lower their energy bills is to switch to a better value tariff, it’s crucial that the British public don’t become complacent about the cost of their energy. When it comes to gas and electricity loyalty doesn’t pay, unless you’re the one sending out the bills.

*  Source: British Gas
** Populus research 5,000 switchers vs non switchers – May 2017
***  Based on the increase in switches away from British Gas, through GoCompare Energy, since British Gas announced its 12.5% electricity price rise on 1 August 2017
Read more at http://www.gocompare.com/covered/2017/08/customers-leaving-british-gas/#RdSWEu6YPov6qzR5.99