Sunday was International Women in Engineering Day (INWED). Under the patronage of UNESCO, INWED is an international awareness campaign to raise the profile of women in engineering and focuses attention on the amazing career opportunities available to girls in the industry.

This year also marks 100 years of the Women’s Engineering Society (WES) in the UK.

In recognition of the centenary, I wanted to draw attention to some of the amazing women on whose shoulder’s our current generation of women are standing:

Augusta Ada King was Countess of Lovelace through her marriage and the legitimate daughter of Lord Byron. Born in 1815 she is regarded as one of the first to fully recognise the potential of a ‘computing machine’ and is one of the first computer programmers.  A mathematician, she worked with Charles Babbage on his mechanical general-purpose computer, the Analytical Engine.

She recognised that the machine had applications beyond pure calculation, and published the first algorithm intended to be carried out by such a machine.

Margaret Partridge was born in 1891 and graduated from Bedford College, London, with a bachelor’s degree in mathematics in 1914. She undertook an apprenticeship in engineering at Arthur Lyon & Wrench before finally setting up her own electrical consulting business – M.Partridge & Co in Devon.

Partridge is said to be responsible for electrifying many of the homes in the west of England including for Cheriton Fitzpaine, Thorverton and Bampton. During World War II, she was appointed as the Ministry of Labour Women’s Technical Officer for the South West, advising factories on the employment of women in munitions.

Gertrude Lilian Entwisle (1892 –1961) was an electrical engineer with a number of firsts.

The first British woman to retire from a complete career in industry as a professional engineer; the first female engineer to work at British Westinghouse and the first female student, graduate, and associate member of the Institution of Electrical Engineers

She was particularly well known for her work designing DC motors and exciters.

Other noteworthy women include:

Despite the pioneering work done by these and many other women in more recent time, there are still far too few women working in the energy sector.

In February we reported that the chief executives from 32 of the UK’s leading energy and utility companies have launched a Sector Inclusion Commitment to attract more diverse and inclusive talent, reflective of the communities they serve. The participating companies include SSE, Veolia, Centrica, and National Grid.

83% of the sector’s workforce is male, in comparison to 47% for all sectors in the UK. Women, people with disabilities, minority communities and under 24s have traditionally been under-represented in the energy and utility sector, compared to national averages.

In an effort to drive change, as well as recruit and retain a more diverse workforce, the 32 signatories of the agreement have committed to work collaboratively to recruit and retain more diverse talent. Estimates state that the sector will need over 221,000 new recruits to fill the anticipated skills gap by 2027. Read more on the story here.

In recognition of their efforts, Smart Energy International will focus on an outstanding women in energy every month, starting July 2019.

Do you know an amazing woman in energy? We’d love to hear more about her! 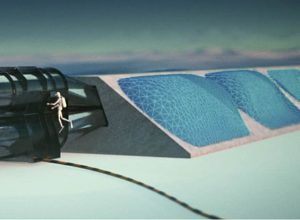