Grid companies will need to deliver around 90 GW of new transmission lines across Europe by 2040 to cope with a boom in renewables generation and a significant surge in the electrification of transport and heating.

And this huge grid upgrade will need to be complemented by a range of flexible power sources, including gas engines, storage, and demand flexibility.

That’s the conclusion of new research published today that claims that renewables will provide over 60% of Europe’s total power supply by 2040, representing a 400 GW, €400bn investment opportunity into clean energy capacity.

And the study adds that by 2050, total European power demand could rise by as much as 85%, mainly due to the electrification of heating and transportation.

“The European power system is set to change dramatically in the coming decades as a result of the drive to reduce our carbon emissions, as well as the electrification of transportation and possibly heating,” said Richard Howard, research director at Aurora.

He added that of the anticipated 400 GW of renewables generation capacity to be deployed across Europe between now and 2040, “much of this will be delivered without government subsidies, as the falling cost of renewables brings them to grid parity”.

“Making this a reality will require significant investment in grid infrastructure and flexible capacity, as well as ongoing policy and regulatory reforms to ensure that this is delivered at the lowest cost to consumers.”

The report was unveiled today at Aurora Energy Research’s Spring Forum event in Oxford, England, and it states that taking ‘merchant risk’ on renewables projects has become a necessity in most European countries as subsidies are being withdrawn.

It adds that this puts significant value at risk for developers and Europe as a whole, but adds that major corporate energy users could play a crucial role in carrying some of this market risk through the provision of long term power purchase agreements (PPAs).

“In Germany alone we estimate that PPAs with major industrial power users could bring forward 12 GWs of new renewable capacity,” states Aurora. “For renewables developers and utility companies, understanding industry off-takers and building products and relationships fit for their needs will be a key competitive advantage in the next five years.”

Alongside the growth in renewables supply, Aurora also predicts a significant increase in power demand due to the electrification and digitalisation of many aspects of economies and society.

In particular, the analysis shows that electric cars are rapidly entering the mainstream, with more than 25 per cent of new cars launched in Europe this year being battery electric or hybrids. Aurora predicts that almost full electrification of personal and light commercial transportation could be achieved by 2050, increasing power demand across Europe by approximately 20-25 per cent above current levels.

Electrifying heating is also anticipated to see significant growth, but the report warns that this “would place even more significant demands on the power system, both in terms of the amount of electricity required, and due to the fact that heating demand is concentrated on colder days during the winter months”.

“Taken together, the electrification of heating and transport could result in as much as an 85% increase in power demand across Europe.” 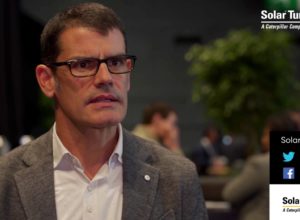