Italian multinational energy company Enel has recorded a +26.7% growth in its net income in 2018.

The utility gives credit to the growth to its expanded focus on renewables business, smart networks and the acquisition of Eletropaulo (now Enel Distribuição São Paulo).

In addition, the company’s efforts to offer consumer-centric services for end-user markets in Italy and Spain as well as the effects of the efficiency policy pursued by the Group have led to the increase in revenue.

The decline in financial expenses and in taxes due to the efficiency policy adopted and the use of digital technologies across multiple sectors has been highlighted a major contributor to the growth in net income.

Francesco Starace, CEO of Enel, said: “In 2018, the Enel Group achieved a very solid set of results, as reflected in a 9.5% growth in net ordinary income and increased shareholder remuneration, 18% higher than in 2017.

“Enel met all its strategic objectives for 2018, confirming its ability to deliver on the Group’s industrial strategy…Sustainable business models continue to represent the core of Enel’s worldwide presence, as underscored by the Group’s progress towards its SDG targets in 2018.”

US: Renewables to rise above coal and nuclear says FERC 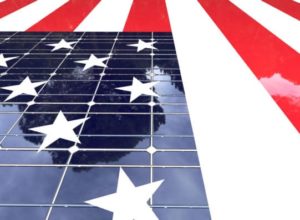 US: Renewables to rise above coal and nuclear says FERC