Compared to just a few years ago when some Republican colleagues emotionally “shut down” in the face of climate-change science, state senator Tom Lee told news outlet Florida Phoenix, “There is (now) a younger generation of conservatives in this state that aren’t so much in denial… There is substantial evidence that our sea-level is rising”.

Lee is chairman of the Republican majority-led Florida Senate’s Committee on Infrastructure and Security which in recent days has addressed the issue of preparing for climate change for the first time this decade.

According to Lee, there is no more denying that Florida is weathering the effects of climate change and noted that public policy must address the issue to “mitigate the trajectory” of worsening conditions.

The committee’s change in outlook has sparked a significant shift in how lawmakers from both political parties view climate change.

“I’m just so glad we’re no longer climate deniers,” said Sen. Linda Stewart, one of three Democrats on the committee. Stewart represents part of Orange County, in the Orlando area.

Stewart said the recent meeting was the first time “ever” that she has heard climate change being discussed by Senate Republicans since 2010.

Stewart wants to see the 2020 Senate adopt a resolution declaring that scientific evidence proves climate change is real, which state leaders must act on, regardless of pressure from national Republicans to deny it.

She asked state governor Ron DeSantis’ newly appointed “chief resilience officer, Julia Neshiawat  if the governor had set a timeline for the state’s energy transition, with Nesheiwat avoiding the question, rather stating that her “priorities and goals” are to take stock of existing resources and to seek consensus on the realities of rising sea levels.

“We’re seeing it happen as we speak,” Nesheiwat said. “This is a dire and urgent issue.”

Lee said the very existence of a chief resilience officer represents a “paradigm shift” by DeSantis – away from climate-change denier President Donald Trump.

With a low elevation, over 1,350 miles of coastline, and 825 miles of tourist-loving beaches flooding occurs frequently along coastal Florida, with rising sea levels causing flooding inland, too, said Gary Mitchum, oceanography professor in the College of Marine Science at the University of South Florida.

“We have torrential rains that go on for days,” Mitchum told the committee. “It’s going to get worse as the climate continues to warm.”

Media coverage of women in clean energy doubled in 2019 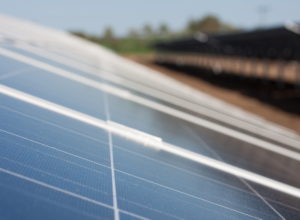