The beleaguered US utility which filed for bankruptcy at the beginning of 2019, says splitting its gas and electric operations give it the best hope for survival.

In a submission to the California Public Utilities commission, Pacific Gas & Electric (PG&E) has claimed that the split will help improve safety – for which the utility has been under intense scrutiny since the Commission ordered a formal investigation in December of 2018.

According to the $17 billion-a-year utility, the split “has the potential to reduce the total risks managed by a single entity.” The separation would “improve the development of each entity’s safety management system,” added the company.

Many reports have stated that the company began exploring the split months before filing for bankruptcy in late-January 2019. According to one of the scenarios mooted, PG&E would be able to pay some of its wildfire liabilities through the sale of its gas operations.

PG&E claim its liabilities may run in excess of $30 billion even though the California Department of Forestry and Fire Protection (Cal Fire) absolved the utility of wrongdoing for a Socoma County fire in 2017, but Cal Fire has claimed PG&E equipment is responsible for at least a dozen fires since October of that year.

The federal judge presiding over the utility’s criminal probation (a hangover following a natural gas pipeline explosion in San Bruno in 2010) has drastic action including an equipment inspection, but PG&E have pushed back on the proposal.

According to PG&E, splitting its gas and electric divisions “appears feasible from a technical and operational perspective. The gas system which and electric system are functionally independent from one another and each has its own operational control center.”

The price of progress may be an increase in customer billing.

“These incremental costs would include one-time costs associated with the duplication of services that are currently shared, such as technology infrastructure, service centers, equipment storage, and billing and customer support.”

The two companies would need to create their own divisions covering legal, personnel, insurance and real estate services. These additional costs may be mitigated though, should the utility form a holding company for the two new subsidiaries.

PG&E said those new costs could be reduced by putting the two new companies under a single holding company.

The utility has expressed scepticism regarding claims that a complete government takeover of the utility would make conditions safer. This is one of the options being explored by the PUC, and rejected the notion that a push for profitability subverts an investor-owned utility’s investment in safety.

The utility has also expressed doubt over the idea that splitting the company along regional lines “would be a lengthy, complex and costly process and would require the investment of significant time and resources that may be more efficiently invested in safety and reliability initiatives with greater potential impact. … There is also the risk that smaller entities would lack the breadth of expertise and knowledge that can help improve safety and reliability.” 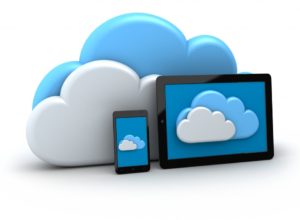