Public sector universities in the Spanish region of Galicia have secured €100 million in funding from the European Investment Bank to conduct research, development and innovation projects.

An agreement has been signed by EIB Vice-President Emma Navarro and the Finance Minister of the Xunta de Galicia Valeriano Martínez.

The fund enables the implementation of the Smart Specialisation Strategy in which some 179 research groups will benefit and conduct projects focusing on climate change and mitigation through 2023.

The loan has been issued through the InnovFin Science programme and is expected to safeguard almost 900 highly qualified research, development and innovation jobs.

The projects will be supported by the EU’s Horizon 2020 research and innovation programme.

Emma Navarro, said: “Fostering innovation is one of the EU bank’s priorities, owing to its key role in generating wealth and employment. We are therefore pleased to be joining forces with the Xunta to support public sector research in Galicia. By signing today’s agreement, we are contributing to the development of patents and lines of research in important areas such as biotechnology, health sciences, climate action and protection of the oceans, while helping to retain talent and safeguard highly qualified jobs in the region”.

This is the EIB’s second operation with the Xunta designed to finance RDI in public sector universities in Galicia.  The first, signed in 2013 and totalling €70 million, making it possible to stimulate patent production and job creation at the University of Santiago de Compostela.

FRENCH PAVILION INTERVIEW: “France and South Africa have enjoyed strong and fruitful partnerships in the energy and water sectors” 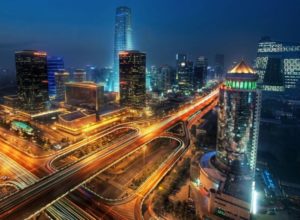