The levels of carbon emissions generated from power consumption in the UK fell by almost two-thirds in the last decade – the fastest rate of decarbonisation in the world, according to a new report by researchers at the Imperial College of London.

The research, conducted in partnership with research and insights company, Drax Insights, notes that emissions from power consumption dropped by a massive 14% in 2019, driven by the move towards renewable energy sources, with the last decade seeing the power sector’s emissions fall from 161 million tonnes in 2010 to 54 million metric tonnes in 2019.

Electricity generation weighted the average UK consumer's carbon output by approximately 2.6 tonnes of CO2 in 2010. By 2019, that weight was reduced to less than 1 tonne for the first time in over 60 years, driven mostly by the UK's transition from coal and gas.

Fossil fuel generation fell every year over the decade, with 2019 recording an 8% drop from 2018 figures, and the UK's power system now burns 50% of the fossil fuels as it did in 2010, equivalent to 32 million tonnes of oil - or the consumption equivalent to all the cars, light-duty vehicles and trucks on UK roads.

Given the UK's reliance on imports for up to 40% of its coal consumption, the shift towards net zero equates to a national saving of £3.6 billion each year.

Power output from renewable energy resources, however, was eight-times higher in 2019 than in 2010 - with the combined capacity of wind, solar, biomass and hydro having grown six-fold over the since 2010, from 5.2GW to 38.5GW.

Other factors aiding the UK's decarbonisation efforts include a drop in energy demand, having fallen by 8% over the period, despite the country's population growing by 7%, and GDP growing by 25%.

Uzbekistan signs deals of $2bn to strengthen the energy sector 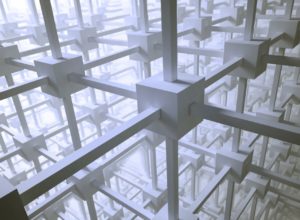