More than ten German energy providers have lodged an urgent action at the European Court of Justice (EJC) to have the approval of the largest merger in the history of Europe’s energy industry nullified stating concern over monopolisation of the sector in the country.

The energy providers argue that the approval of the deal by the European Commission, and Germany’s national competition regulation authority Bundeskartellamt’s approval of the merger in September 2019 is “clearing the way for two national champions at the expense of medium-sized companies.”

“This deal is associated with considerable disadvantages for competition and thus for all consumers,” read a joint statement from the plaintiffs.

Of concern, according to news site Xinhua, is the asset swap between the two German utility giants, valued at more than €40 billion ($44 billion). dollars), with which E.ON acquired networks and sales divisions, whilst becoming one of Europe’s largest suppliers of electricity and gas.

RWE took over E.ON’s renewable energy interests, which it has bundled with the renewables assets of its Innogy subsidiary, thus once again becoming a full-spectrum energy producer counting nuclear, coal and gas plants, as well as wind and solar power generation in its operations.

The aggrieved parties are concerned that the “reorganization of the German energy market” envisaged by RWE and E.ON would erode participation of smaller suppliers, according to the statement.

Whilst the lawsuit presents no immediate threat to the merger, the action will create an additional risk to the two industry majors, both of which have reported increased revenues and earnings during the first quarter of 2020.

E.ON is expected to release more detailed plans on the restructuring of the two companies during the company’s annual general meeting this week. 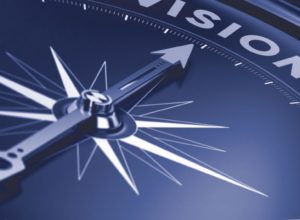