UK consumers who fail to switch to more competitive offerings could be losing as much as a combined £8.9 billion a year, according to the latest data from home setup service, Just Move In.

Ross Nichols – Co-founder of Just Move In noted: “The average household is spending £1,289 a year on gas and electricity. However, Just Move In’s research shows that when switching supplier, the average saving is as high as £350 a year.”

Despite this, just 5.2% of households have switched energy supplier over the last year, meaning 25.6 million UK homes missing a potential reduction of £350 a year on their energy bills, totalling a missed saving of £8,974,194,600 in one year alone.

The region which has faced the greatest losses to-date is the South East, where 3.5 million households could be saving £1.2 billion a year on their energy bills.

In London, it equates to an overpayment of £1.1 billion, with the North West also seeing this sum exceed the £1 billion mark.

The North East is the region home to the highest potential saving, but even then, the 1.3m homes failing to switch representing a potential £1.1 billion.

Nichols, commented: “We tend to be creatures of habit when it comes to which suppliers we use for a range of services, but that isn’t always a good thing.

“Particularly when we buy or sell a property; whether it be using our bank for a mortgage, or sticking with our energy supplier when we move to a new home.

“However, today there are a whole host of online tools and services that can help us identify all of our options and make the switch with minimal effort. Doing so can save you hundreds of pounds on your energy bills alone but saving money isn’t everything.

“More and more we’re seeing people now prioritise other factors over price, such as the quality of service or their environmental footprint. People want to pay more for a better broadband connection, or they want to opt for a provider that promotes sustainability and ethical practice.

“These same online resources that allow you to compare price, like Just Move In, can also help you make the best decision on these alternative factors.” 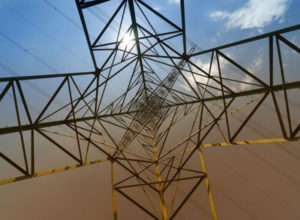