For utilities, WSN is becoming the preferred technology for advanced metering infrastructure (AMI) and demand response.

The key features of WSNs for smart metering systems include the following:

ACCELERATING AMI DEPLOYMENTS
Since the US Energy Act of 2005, deployments of AMI have been accelerating. Advances such as wireless mesh networking have made two-way fixed wireless – WSN systems – increasingly popular. In 2007, 1.6 million wireless smart meters were deployed worldwide, up from a few thousand in 2004.

Wireless smart meters made up 63.2 percent of all AMIenabled meters deployed in 2007 and will continue to make up the majority of AMI deployments in the future.

In a recent survey with 100 North American utilities, ON World found that three quarters are using Automated Meter Reading (AMR) or planning AMR deployments within the next 18 months. Nearly half of these are, or will be, deploying an advanced metering infrastructure with two-way communications. 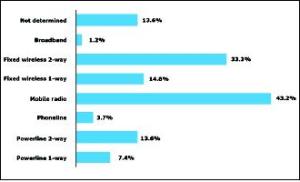 A growing number of electric utilities in the US, Canada, Europe, Asia and Australia are developing strategies to extend their advanced metering infrastructure into the home in order to develop new demand response programmes. These new energy solutions will give consumers pricing incentives to use less energy during peak times while giving them more choice and flexibility than existing load management programmes that have had low adoption rates. Of the 71 electric utilities in the survey, nearly half have dynamic pricing demand response programmes planned and 7 percent of these currently have pilots underway. 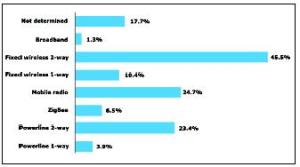 While they are rolling out their smart metering infrastructures, utilities and AMI/demand response vendors are working together on standards-based WSN solutions for these in-premise demand response solutions, called the “Home Area Network” (HAN). The disruptive impact of bridging the HAN with the utility network is creating new markets and fertile developer opportunities. 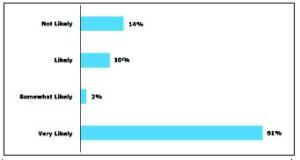 WSN clean and inexpensive building control systems will result in buildings that use less energy, need less maintenance, and produce lower carbon emissions. ON World predicts that 25 percent of projected commercial building energy reduction will be attributed to WSN in seven years, worth $7.4 billion in global energy savings at this time.

ON World’s survey with 114 facility directors, managers and senior engineers in several vertical commercial building markets, found that 61 percent would be “Very likely” to adopt an energy management system within the next 18 months (Figure 3). 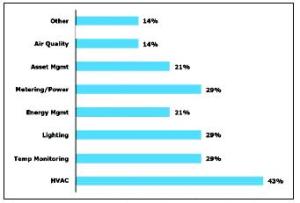 Market drivers for adopting WSN metering solutions are strongest for older buildings and/or buildings that are not easily wired such as hotels, apartment buildings, warehouses and manufacturing plants. Worldwide, there is a huge and largely untapped submetering and energy management market for mixed use and multi-tenant buildings. The United States makes up only five percent of the total potential residential multi-tenant dwelling market.

ON World’s survey with office buildings, healthcare, lodging, education, public administration and manufacturing, found that 29 percent planned to use WSN for metering and 21 percent for energy management systems over the next 18 months (Figure 4).

WSNs FOR THE HOME AREA NETWORK
A HAN communicates real time energy usage and load information between consumers and their energy provider in order to give consumers a reduced rate for using less energy when demand is the highest. These peak times are when outages are most likely to happen and also represent the most expensive wholesale prices for energy companies. WSNs provide the low cost, flexibility, and easy installation that are essential to the success of the upcoming HAN programmes that will be trialled over the next few years.

HAN BUSINESS MODELS
Over the decade, there will be a range of business models for demand response including variances in how much control a consumer will have over this extended energy network, the type of equipment that is used, the types of programmes offered, and the role of third party providers. Consumer choice is a key factor in determining the success of these programmes.

ON World has defined several different types of HAN users, their technical requirements, the payback period, and ways to gain the largest savings for each. Initially, the largest energy savings will come from high energy consumers that tend to be broadband users (Table 1).

While most of the initial HAN programmes will focus on saving the minimum amount of energy to avoid power grid overload, several companies, such as Broadband Energy Networks and Gridpoint, are developing energy management solutions that allow consumers to actively participate in their total energy savings. 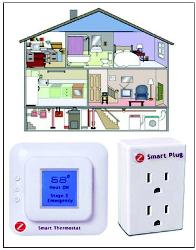 Driven by the acceleration of AMI in the utility sector, ZigBee is poised to dominate the energy management market in commercial buildings, utility networks, and residences over the next five years. This is a threat to other protocols such as ZWave that is starting to gain traction in the emerging and highly competitive residential controls market. The ZigBee Smart Energy profile was ratified in January and works in concert with the ZigBee Home Automation profile that was ratified in October.

Based on projections for AMI-enabled households, there will be a total potential market of 276 million HAN devices worldwide in 2012. Dozens of HAN pilots will be launched over the next 12 to 18 months and the success of these will drive innovations in the energy sector as well as the “smart home” market.