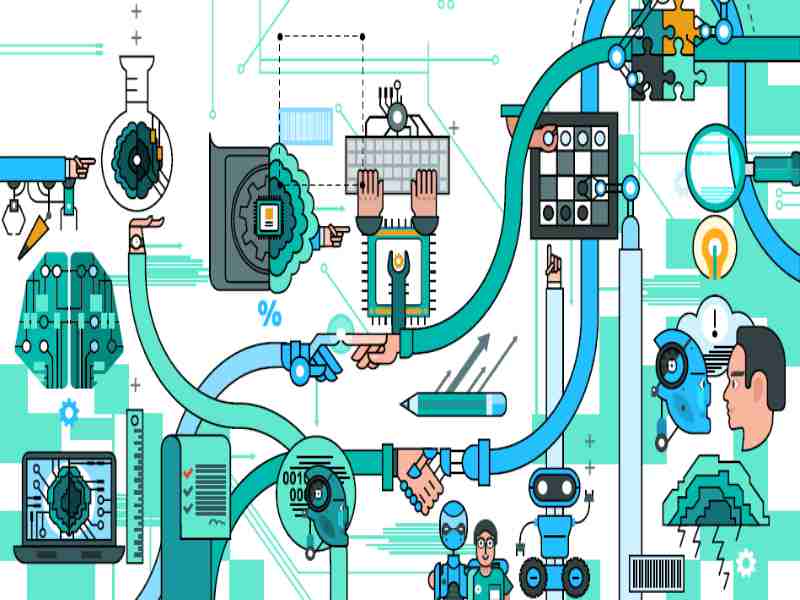 According to recent research, 50% of the current utility staff will be retiring over the next couple of years and this is potentially a good thing.

The thinking is that humans tend to rely on old models of understanding to assess new technology or ideas. The same premise could therefore also be applied to our ability
to assess the potential for artificial intelligence in the utility sector. This means that instead of just seeing artificial intelligence as a way to improve data analysis, new blood in the utility sector will bring new ways of thinking.

According to the research by Zpryme and Asha Labs, this is good because artificial intelligence is already changing the way companies engage with consumers to create a myriad of personalised experiences – and this technology could be translated to the utility sector as well.

For instance, National Grid has been in discussions with Google’s DeepMind to use artificial intelligence to optimise data centre energy usage.

Speaking to the Financial Times, Demis Hassabis, DeepMind’s chief executive, said: “It would be amazing if you could save 10% of the country’s energy usage without any new infrastructure, just from optimisation. That’s pretty exciting.”

Previously DeepMind’s machine learning algorithms helped cut electricity usage at Google’s data centres by 15%. The FT reported that: “The smart algorithms were able to predict load on the data centres’ cooling systems and control equipment more efficiently, resulting in a 40% reduction in the amount of energy used for cooling. Analysts estimate that could translate to savings of hundreds of millions of dollars for Google over several years.” In non-utility examples, Amazon uses artificial intelligence “to predict what products users will buy and, in a feat of impressive operational efficiency, pre-deliver it to a location close to the user. This enables same-day delivery.”

Just think what this could mean for the utility industry!

However, the research would indicate that for utilities to fully embrace these options, they need to invest in ‘forward-looking’ employees who are open to change and more importantly, who understand the technologies.

“An employee-driven culture of innovation will enable the technological revolution that personalises pricing for the customer, all the while improving the operational efficiency of delivering reliable, safe, and cost effective power. These new employees, and their perception and consequent interests, will cut across the traditional demographic profiles.”

As utility staff start reaching retirement age, there is an opportunity to open up the traditionally conservative doors to a new type of thinking and a new talent pool.

Yet, often a question that is asked and needs to be addressed is: “What is the impact of artificial intelligence and automation on work and jobs, and will we have enough work and jobs left after that?” While this is a conversation that happens with any ‘revolution’ within an industry or economic landscape, James Manyika, McKinsey Global Institute chairman and director, says: “The conversation is accelerated and has become heated probably for a couple of big reasons. One is, in the last few years, we’ve seen spectacular demonstrations and progress with artificial intelligence, autonomous systems, and robotics in a way that has been quite extraordinary.

“Some people would argue we’ve made more progress in those systems in the last 5-8 years than we’ve seen in the last 50 years.

This apparent rate of progress is what’s probably changed the conversation. The other reason the conversation has changed is that, at least on the surface of it, compared with automation of the past, there’s a sense that maybe this time it feels a little different.

While previously the addition of automation was more about adding ‘muscle’ to routine tasks, the transition toward a more AI driven society is enabled by machines that are learning while they perform tasks.

“They’re discovering patterns, they’re discovering things themselves…. and people start to worry about what’s left for human beings to do.” It’s not all doom and gloom though. For businesses, the benefits include improve performance rates, a reduction in errors. An enhanced ability to predict outcomes and discover new solutions or insights. Economic benefits are fairly clear too – automation increases productivity (and machines are never sick, having a bad day or fighting with their spouses and letting it affect their jobs).

From an economic perspective it’s hard to ignore the contributions that these technologies bring. For users too, there are benefits.

So what does this mean for work? Manyika says: “I think that’s where a lot of concerns and anxieties come up, as to the impacts on work. What we do know is that if you look at most of the available technologies that have demonstrated the biggest impact – and we’ve looked at over 2,000 activities – these are activities that workers in the economy do. If you organize those activities into roughly eight categories, you have three categories of activities that are very easy to automate with the available technologies.

Manyika is not suggesting that within those activities 51% of jobs are going to go away. However, he does believe “we’re probably going to have more jobs change than disappear.

“The mix of occupations is going to shift substantially. That means that people are probably going to have to move and be transitioned from certain occupations into new occupations, ones that are going to be growing.”

This is going to be accompanied by a significant skills transition. As people move into new occupations, they are going to need different, often more complex skill sets. For this reason, Manyika believes that there is an imperative to start having “a conversation about retraining and reskilling, especially for mid-career workers, who may have grown up in one environment with a certain set of skills and are now having to move into new occupations. Or, even if they’re in the same occupation, that occupation now requires a higher level of skills in order to be valued and continue to be effective.”

“I’m relatively less worried about the question of whether there will be enough work for everybody. Of course, one can imagine scenarios where that would be the case. But I’m more worried, and focused on, these transition questions for workers, around skills, occupations, and the income and wage effects. I think that’s where the real hard work’s going to be.”

Business as usual and hiring as usual no longer cut it. Consideration needs to be given as to how the utility sector will attract talent and make the utility industry exciting. Talent that moves the industry from chasing to leading the customer empowerment revolution.

Partly this will be done by speaking the same language as this new generation of talent. Partly, it’s by developing an expanded vision of the future of the utility sector, growing different and more involved skill sets amongst current employees and transforming the perception that the industry is not an exciting place to work or innovate.