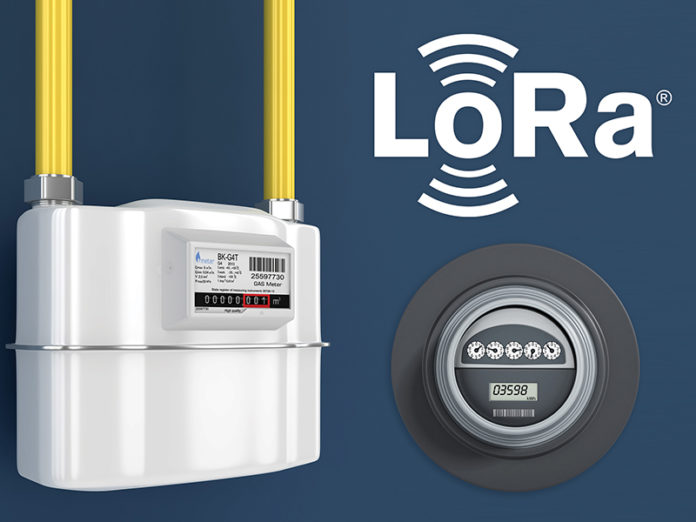 Although the needs of electricity, gas and water utilities vary, each utility type requires similar foundational technologies that conform with open standards.

In order to scale over the long term and benefit from the great disruption of the Internet of Things (IoT), utilities are demanding connectivity technologies that conform with open standards. One of the ambitions is to connect smart sensors using LoRa with SCADA systems, with the aim of creating an IoT environment with a Wireless Sensing Network (WSN) as described by IEC and ISO in the Joint Technical Committee ISO/IEC JTC 1/ SC41.

This article was originally published in Smart Energy International Issue 4-2021.

LoRa does not replace SCADA but combines it with IoT to open up new possibilities for making it easy to connect any IoT sensors with a long-range advantage, plus very long battery life due to the low power consumption of radio communications. The openness of the LoRaWAN® standard makes it possible to support either direct transmission or data conversion to the right format standard (as the IEC61850 for application in power grid substations), giving the ability to integrate a Wireless Sensor Network based on LoRaWAN with existing technology.

To make the technology the leading open global standard for secure, carrier-grade IoT LPWAN connectivity for utilities, the LoRa Alliance has formed partnerships with organizations that will benefit from standardizing LoRaWAN.

For example, DLMS (Device Language Message Specification) is an ISO/IEC-recognized standard registered in the series IEC 61056 for smart electricity metering. DLMS is specified by the DLMS User Association, an international and non-profit organization, which has a mandate from IEC to specify, maintain and propose unique certification which encourages utilities and meter manufacturers to develop and support the same interoperability of meters independently of the communication media.

These efforts have led the DLMS User Association to release the new DLMS profile over LoRaWAN in 2020, making DLMS the first Internet-based application protocol standard to be supported over LoRaWAN. This is made possible with mandatory use of the adaptation layer standardized by the IETF (RC8724 and RFC9011).

There is already a large ecosystem adopting DLMS over LoRaWAN, with companies and organizations including energy and gas utilities, network operators, smart meter manufacturers and system integrators, as well as software providers for the adaptation layer.

There are currently 156 LoRaWAN networks in 171 countries. With a large ecosystem of developers, suppliers and providers, utilities and their customers have a greater choice of applications and a greater number of device makers that can incorporate more widely deployed technologies into their device. This large ecosystem produces a great availability of smart meters and IoT sensors with LoRaWAN certification.

With the LoRa Developer Portal, developers can also now create new smart devices with LoRa products combined with the SCHC adaptation layer to support DLMS over LoRaWAN for new applications, including smart metering for electricity, gas or water.

LoRaWAN is also compatible with M-bus, a European standard specified by CEN for the transport of metering data over communication bus. It is most often used in Europe for reading energy consumption on water, gas and heat meters. Through a suitable adaptation layer, a IoT device integrated with LoRa, the M-bus data can be sent across LoRaWAN networks.

With the effect of climate change and populations demanding more resources, utilities companies are also looking for ways to drive down waste, optimise the use of available resources and integrate the renewable resources.

Suitable for all utilities, LoRa is flexible and simple enough to adapt easily and ensure utilities have the connectivity they need to supply customers efficiently and make a success of their businesses.

Remi Demerle is Director, Developer Ecosystem, WSP LoRa Alliance and Community at Semtech, plus Board Member of DLMS User Association.