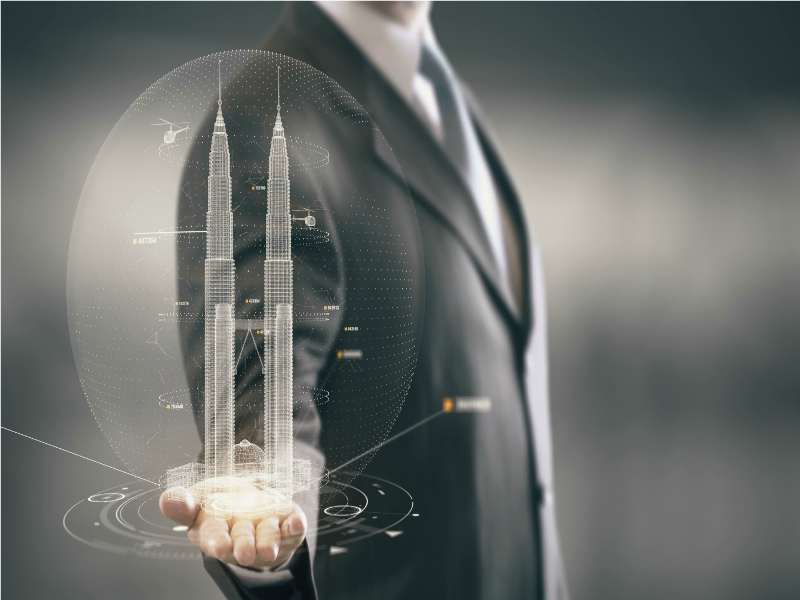 In the first part of a three-part series, David Socha discusses the current hype around Digital Twins and begins to describe some examples of what Digital Twin actually means.

I’m sure that some of you are familiar with Gartner’s excellent Hype Cycle concept. But for those that aren’t: it’s an elegant curve that plots the journey through five key stages of a new technology’s life. It begins with a technology trigger and progresses up to a peak of inflated expectations, down into a trough of disillusionment and eventually travels up a slope of enlightenment to a plateau of productivity. Though of course, not all technologies make it all the way…

As an example of the Hype Cycle in action, let’s consider Big Data. There was a time when you’d never heard such a term. But then, something happened and Big Data was everywhere. Not only that, it was going to bring about world peace, solve world hunger, cure cancer.

In Gartner terms, it was climbing that peak of inflated expectation. Then something else happened. People began to notice that technologies such as Hadoop that were most closely associated with the Big Data hype were extremely immature. And that when it came to actually delivering value for their business, often these technologies failed spectacularly. Cue the start of a slip down that trough of disillusionment.

But that wasn’t the whole story for Big Data. Countering the disillusionment of failing projects, there was also a growing recognition that Hadoop did have its place, but that Big Data was much much more than Hadoop. And Big Data was here to stay, touching almost every aspect of our lives and our businesses. So much so in fact, that Gartner took it off their Emerging Technologies Hype Cycle early. It wasn’t an emerging technology anymore. It was business-as-usual.

So what about Digital Twins?

On Gartner’s 2017 Hype Cycle for Emerging Technologies1, the Digital Twin is racing up that peak of inflated expectation2. It’s also number 4 on Gartner’s Top 10 Strategic Technology Trends for 2018.

This means two things. First, it means that Gartner has done their research; seen the increasing hype around the Digital Twin and has recorded it appropriately. So far, so good.

But it also means that by doing so, Gartner inadvertently feeds that hype. How many of you have had a technology vendor in your office extolling the virtues of their new cool must-have gadget and watched them “prove” its value by showing it climbing the Gartner Hype Cycle? Or, how many of you have pored over said Hype Cycle and thought “hmmm…I need to learn more about that technology. I’ll ask [insert favourite Trusted Advisor here] about it next time they’re in the office”?

Both of these actions tend to amplify the existing hype levels around any technology. And Digital Twins (amongst other technologies) are enjoying their moment in just that spotlight in 2018.

Wait…so what is a Digital Twin exactly?

The more astute among you may have noticed that up to this point, I haven’t mentioned what I mean by Digital Twin at all. Nor have I mentioned what use it might be to you and your business. There’s a lesson here.

Unfortunately, this is the perfect illustration of why there is a peak of inflated expectations in the first place. All too often, a new technology is seen as the answer to our prayers precisely because nobody really understands – or properly defines – what that technology can do. Before Digital Twins can be of actual value to most businesses, we need to move our understanding of them along Gartner’s Slope of Enlightenment. In other words, get buyers and users to a point where they can confidently say “ah…that’s what a Digital Twin is. And that’s what it’s for.”

Next month, I’ll get into details. Let’s call it Digital Twins 1.01. But for now, here’s a very quick introduction to the concepts and the history behind Digital Twins to keep you going.

As a foundation, it’s important to understand that while the hype is new, the Digital Twin concept is not. All of your asset, system, network and process management types already know this – or at least suspect it to be the case. Let’s clear that up now. Yes, the models in your Control Systems are Digital Twins. In one sentence, a Digital Twin is simply a virtual representation of a physical asset, system or process. Yes, really.

If that’s the case, why the hype all of a sudden? Two reasons: Firstly, the rise of consumer IoT has led to a whole new genre of highly visible and accessible Digital Twin apps. You can now see and interact with virtual models of your home, your car…even yourself, via your smartphone. Digital Twins have a public face for the first time. And second…well, we come back to Big Data4.

Remember how earlier I mentioned that Big Data had become business-as-usual? And you thought I was just rambling. Shame on you. The main reason Digital Twins are such hot news in the industrial markets is this: the availability of massive new data sets (particularly from the assets themselves) and new advanced analytical techniques mean that much much more can be done with Digital Twins than was previously possible.

But sadly, I’m running out of blogging space today. So I’ll have to leave you hanging with that teaser for now. Next month, I’ll get into what some of those new opportunities are. I hope you’ll join me again then!

2 Interestingly, Blockchain is already entering the disillusionment phase. Turns out Blockchain isn’t going to save the world either. Sigh.

3 Not that your CxOs would ever do such a thing. But try a web search for “Dilbert Blockchain” or Dilbert Big Data” for some entertaining examples of what I mean.

4 Which also underpins that rise in consumer IoT, of course.

David Socha is Teradata’s Practice Partner for the Industrial Internet of Things (IoT). He began his career as a hands-on electrical distribution engineer, keeping the lights on in Central Scotland, before becoming a part of ScottishPower’s electricity retail deregulation programme in the late 1990s.

After a period in IT management and consulting roles, David joined Teradata to found their International Utilities practice, later also taking on responsibilities in Smart Cities and the wider Industrial IoT sector.