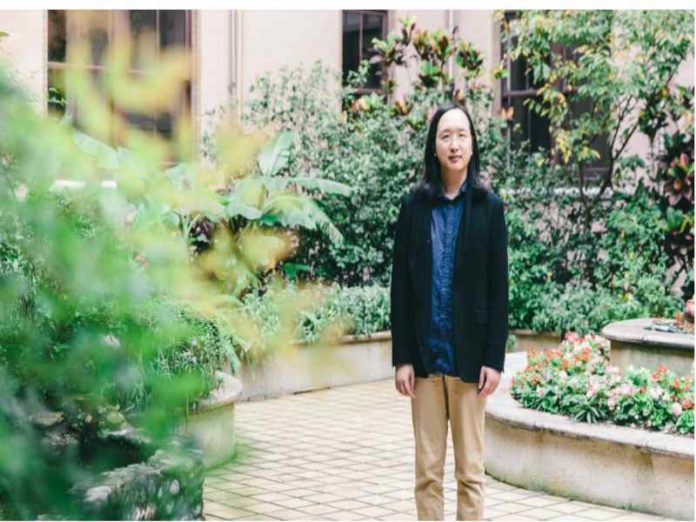 If you were to choose a job suited for an anarchist, government minister wouldn’t spring to mind. But Audrey Tang takes a different view: “I’m a ‘conservative anarchist’,” explains the Digital Minister of Taiwan. “I prefer not to give or take orders”.

Instead, she tries to inspire government to use tech in radical ways – from virtual reality government to autonomous robots fixing public infrastructure. “I absorb all the risk, and career public servants – if they come up with the innovation – can take all the credit”, she says.

Tang doesn’t run a formal Ministry, she has 32 representatives from each Ministry seconded to her team. She works with them to build tech and show them what they can do. “If I want to demonstrate the idea of radical transparency or… virtual reality deliberation, I just take an afternoon and code it up,” she says. Tang shared her vision with GovInsider of a government augmented by artificial intelligence.

“Do you mind if I record”? Usually this is a question GovInsider asks at the beginning of an interview, but in this case the Minister does. It’s part of her drive for “radical transparency”, where she publishes recordings online of every meeting she has, and holds regular “office hours” for people to ask her questions.

Taiwan faces big challenges – from climate change to social cohesion. Tang feels that AI can help tackle these challenges. For example, the island is regularly hit by cyclones and earthquakes. This puts strain on the water supply, with leaks occurring across the system.

The nation can build “self-repairing” utilities, she says. The government is using machine learning to track water pressure and detect leaks. “They can automatically inform the repair person that a new leak is occurring, and even suggesting the possible routes in fixing those repairs,“ she says.

This tech could also be linked with autonomous drones, she adds. “We’re not yet at a point where the pipes can literally summon a drone to heal itself, but we’re getting pretty close to that, because we can narrow down the damage area.”

Self-repairing utilities are part of Taiwan’s broader focus on using “machine intelligence”, Tang says. Already the island is working hard to build autonomous vehicles. The nation has loosened regulations to let developers test their ideas. It was the first jurisdiction to legalise experiments of driverless vehicles that can fly, swim and drive.

In February, it launched a dedicated testing area for self-driving cars. This is part of the Connected, Automated, Road-Test Lab which will look into other areas such as tech for green energy and energy efficiency. “It’s basically a kind of glimpse into the future, not just one or two technologies, but a different way of possibly living.”

Bringing people back together

What if AI can improve politics? Tang has built an AI platform, vTaiwan, to analyse online discussions and show which topics are most contentious. “The idea is that you can see the sentiments of your fellow citizens and see where people cluster, and what are the most divisive and most consensual points,” she says.