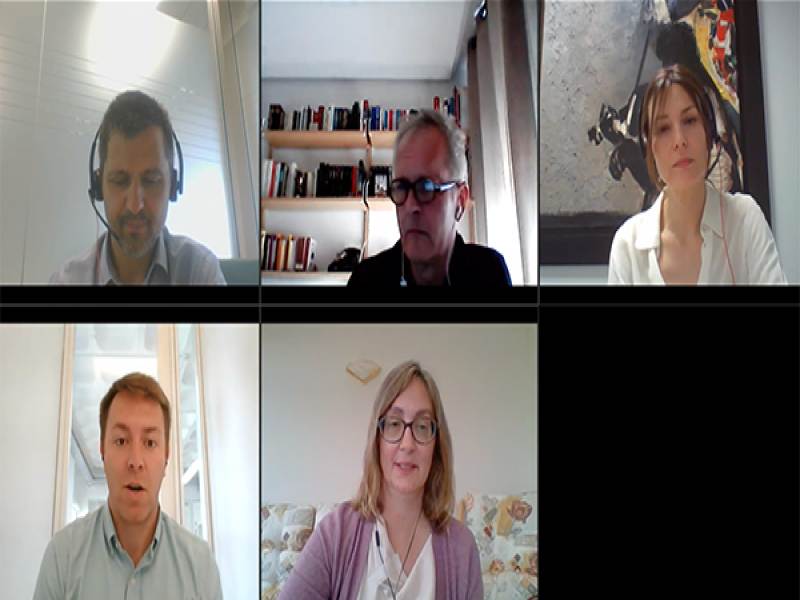 With the pandemic threatening the growth of startups and progress made regarding technology innovation within the cleantech sector, there is an increasing need to invest in startups and help them ride over the COVID-19 storm.

These are the words of Oscar Cantalejo, Investment Analyst at Iberdrola Ventures commenting on the status of the Spanish startups’ landscape and how the sector was impacted by the COVID-19 pandemic.

With European startups failing to scale up due to lacking of funding and adequate support, as revealed by a new study released by Cleantech for Europe, the pandemic which brought the global economy to a halt in the first quarter of 2020 and slow progress onwards, created a worse environment for startups in Spain, said Cantalejo. To survive, startups needed financial support more than before. This pushed Iberdrola Ventures, an investment arm of Spanish utility Iberdrola, to prioritise its investments in innovative technologies and startups during the crisis.

Iberdrola fast-forwarded its investment in electric vehicles (EV) charging technology by acquiring the first 1,000 Supernova fast chargers of a startup named Wallbox. The investment was made under the utility’s EV100 initiative which aims to transition the company’s entire fleet to EVs by 2025 and to install over 150,000 chargers.

Iberdrola had made its first investment in Wallbox in 2019 in a deal in which the startup completed a €15 million ($17.6 million) funding round to strengthen its position in Europe and to expand globally.

Cantalejo also said Iberdrola Ventures has invested during the pandemic in other startups. BPLaNET, for example, which focuses on exploring the use of secondary EV batteries in stabilising the grid, and in other three startups that are trialing the concept of using EV batteries as virtual power plants. He said other investments made by Iberdrola in startups are in sectors including network infrastructure, solar, energy efficiency, and heat electrification.

In addition to helping the startups environment to grow, Cantalejo said Iberdrola’s €100 million ($117.9 million) venture arm, established in 2007 aims to recruit new and advanced technologies that can help the utility to be an innovative business. Partnering with startups enables the energy firm to integrate new solutions into its operations to enhance services. Pilot projects conducted with these startups result in new business use cases being identified, said Cantalejo, as well as help the utility to move closer to decarbonisation and digital transformation goals.

Although Spain’s startups and cleantech innovation sector is less developed compared to other European economies, Cantalejo said significant growth has been realised over the past years. As a result, Spain is turning into a global leader in electric vehicles and related infrastructure and technologies, as well as in renewable energy. This is evidenced by the high pace at which the country is moving in electrifying its transport system and by the involvement of players like Iberdrola in the deployment of renewable energy projects globally. Iberdrola is now active in renewable projects in more than 40 countries using its experience initially acquired in Spanish rollouts.

For Spain to fully maximise the potential of its startups sector, he said there is a need for increased investments and the enactment of policies that support emerging technology companies.

Oscar Cantalejo was speaking during a webinar Spain: A Vibrant Clean & Green Tech Start-up Hub which explored the country’s innovation landscape. To learn more about the market, register to access the on-demand webinar here