Select Car Leasing has created a virtual drag race between the 30 fastest cars on the planet to understand how far electric cars have come and how they compare to the best petrol supercars.

The Pininfarina Battista, the electric hypercar is reported to do 0 – 60 in less than two seconds, making it the fastest production car in the world when it hits showrooms in 2020.

Petrol vs Electric – The Fastest Cars Over 1/4 Mile

Six of the 10 fastest cars over a quarter-mile are now either all-electric or hybrids. Try as they might Electric cars are still unable to clinch the top two spots – with the Dodge Challenger SRT Demon and Bugatti Veyron Super Sport completing a quarter-mile in 9.65 and 9.7 seconds respectively to take these coveted positions.

A total of 9 all-electric or hybrid cars make the “fastest 30” list – a hugely impressive feat considering the relatively short history of the mainstream electric car, in comparison to its petrol counterparts.

You can watch a video of the race below

The Fastest Cars over a ¼ mile are:

Even though petrol still holds the crown in a quarter-mile race, it’s an entirely different story in a 0-60 sprint. Electric and Hybrid power to victory in this regard. with the two top-performing cars, the Porsche 918 Spyder and Tesla Model S P100D Ludicrous topping the list.

In total, 7 all-electric cars appear in the top 30 to 60 MPH list, along with 3 hybrids. The signs look great for the future for alternative fuel, as well- with high-power electric offerings from Aston Martin, Tesla, Audi and BMW all in the pipeline.

Top Gear fans will be familiar with the best performing petrol car on the list, the Ariel Atom, which caused the infamous Jeremy Clarkson ‘Face Ripple.  Capable of reaching 60MPH in a ridiculous 2.3 seconds, the Atom was limited to just 25 production cars when it was released in 2007. Nine years later, it still remains the fastest 0-60mph petrol car of all time.

A general trend between both drag races seems to be that those electric cars are tremendously fast in getting up to 60 MPH, but beyond that, slow and get overtaken by traditional, petrol cars in a quarter-mile drag race. Many electric cars, including Tesla’s, have a limited top speed, which may affect their performance over longer distances.

The Fastest Cars to 60mph are:

What does the future look like for Petrol v Electric?

When modern, highway-capable electric cars began to rise in popularity in the early 00’s, they had a reputation for being slow and boring to drive.

However, with the rise of Tesla, the push towards electric cars as a more sustainable and environmentally friendly means of transportation and the ever-increasing popularity of Formula E, the performance of street-legal electric cars has made tremendous strides in recent years.

It’s safe to say the current crop of petrol supercars will be looking over their shoulder and finding electric cars are a little too close for comfort. And the bad news for fans of the combustion engine is that from 2019 onwards, the gap is closing further.

High-performance battery-powered arrivals from Aston Martin, BMW, Mercedes, Audi and Porsche are on the way in 2020 and 2021 and look set to tip the balance further in favour of the electric car. With innovation from the motor industry firmly set on electric cars, could we already be seeing the best that petrol cars have to offer? 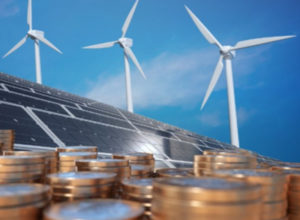