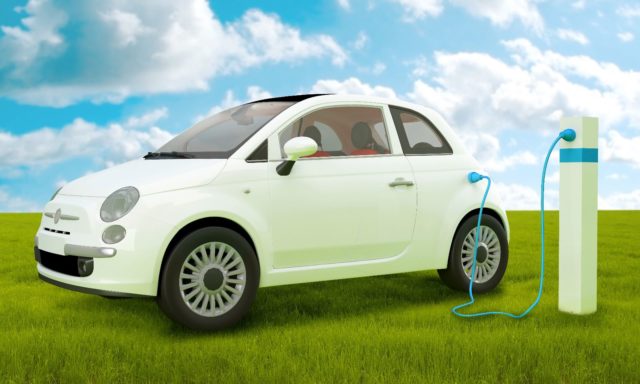 The Joe Biden campaign has previously underlined the important role electric vehicles (EV) will play in reducing greenhouse gas emissions in the US.

“Range anxiety – running out of charge before reaching your destination – is one of the biggest consumer hurdles for EV adoption. Deployment of fast chargers is arguably the best way to combat range anxiety regardless of the size of the car’s battery pack.”

However, according to Wood Mackenzie’s analysis, fewer than 20% of the projected charging outlets are fast chargers.

While fast chargers are 15 times quicker to charge the vehicle, they are 30 times more expensive to construct and operate.

“A higher share of fast chargers will be harder to achieve without well-directed efforts from the federal government. If the policy support promised by the Biden campaign is effective in increasing the number of fast chargers, it could ease some consumer concerns and boost EV sales,” said Chandrasekaran.

The current tax credit system is capped at the first 200,000 vehicles sold by a manufacturer. As of 2020, Tesla and General Motors have reached the cap, while Nissan and Ford are rapidly approaching it and other automakers are below the halfway point.

While previous efforts to increase the cap failed last year, Wood Mackenzie believes the Biden campaign’s promise to restore the full tax credit would mean increasing the cap to 600,000 as outlined in the previously downvoted bill.

“The average price difference between a number of internal combustion engine vehicles and their battery electric vehicle counterparts is $8,000. Raising the cap would immediately help Tesla and General Motors. All other automakers would likely welcome the opportunity to achieve the economies of volume before feeling the pressure to reduce the sale price of their EVs.

Increasing the cap to 600,000 would positively impact over 7.5 million new EV sales, whereas the current cap helps only 2.2 million EVs. “A cap change for the tax credit system would certainly boost the share of EVs in the US for the next four to five years,” said Chandrasekaran.

As noted in Wood Mackenzie’s research, the most impactful policy change for EV adoption would be increasing federal fuel economy targets.

On 31st March, during the early phase of the coronavirus pandemic, the Trump administration passed the SAFE act. The directive reduced fleet-level fuel economy targets and implemented less stringent goals for 2021-2026. The Obama-era regulations targeted a 5% improvement in fleet fuel economy every year. The Trump administration’s new rules reduced this target to 1.5% annually.

“Going beyond the Obama-era regulations or even reversing the new targets set by the Trump administration would definitely increase EV adoption.

“This has already been evidenced in other global markets. Setting a target at an automaker fleet level forces the automaker to manufacture more efficient cars. Automakers would also be required to spend more money on effective marketing campaigns and automaker-provided subsidies,” added Chandrasekaran.

Passing stricter emissions regulations would push US EV sales over the 4 million mark by 2030, 50% higher than Wood Mackenzie’s base case projection.