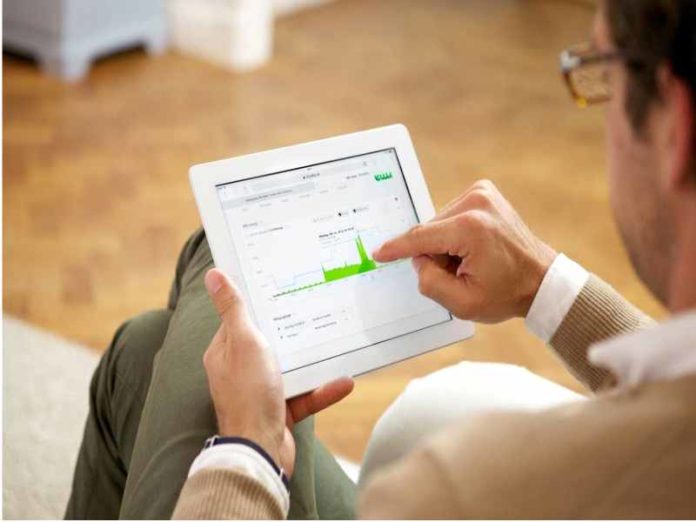 The electrification of transportation and the increasing reliance on renewables are expected to generate bigger demand peaks on the electricity market.

Many countries are now turning to the utility customers to balance the grid. Europe and North America are already testing innovative solutions, while India is next on the list.

Earlier this year, the Indian minister of power R. K. Singh announced that the country would have mandated the use of smart meters starting next April, 2019 in a move to incentivise energy conservation and reduce the stress on the grid during peak demand times.

Smart meters allow users to monitor their consumption by measuring energy usage in real time and send this information on a hourly basis to the utility providers. For this reason, they are typically the first step towards the introduction of «time of use» tariffs, which charge cheaper rates at certain times of day or night, when demand is low, and higher rates at peak times. Peak and off-peak time slots may be a few hours long, but some providers update the end-price for electricity every hour, every day.

Time of use tariffs are meant to encourage customers to shift their consumption to off-peak times and thus balance demand. On paper everyone benefits from this change. Energy producers don’t need to build expensive peak stations, distributors are required to carry out less maintenance on the grid, customers can save on their bills and carbon emissions are lowered. With the advent of smart meters, this new approach to energy is starting to take off globally.

Energy experts in India now call for further measures to meet the rampant demand of power and ensure a stable and reliable system. A recent report released by the Institute for Energy Economics and Finance Analysis (IEEFA) highlights the necessity for India to introduce hourly rates and a day-ahead market pricing in order to suppress demand during peak times and encourage usage when energy consumption is usually very low.

The timing couldn’t be better, as India prepares to move away from fossil fuels and increase its share of renewables, which are often highly dependent on the weather and cannot be switched on and off to produce energy any time people need it. On top of that, the access to electricy in India has been growing at a terrific pace. According to the World Bank, between 2010 and 2016 India provided electricity to 30 million more people each year.

What is happening in India mirrors several global trends. The clean energy transition is one. The electrification of transportation is another. In 2017, the Indian government announced their ambition to phase out fossil fuel vehicles by 2030 to the advantage of electric vehicles (EVs). With millions of people charging their EV every day around the same time – presumably right after they return home from work – this trend is going to have a profound impact on the grid. Hence the necessity to suppress peak demand.

In other countries, time of use tariffs have been in place for years. In Sweden, smart meters were adopted in 2009 and hourly readings were introduced by law in 2012, implementing European legislation. As of today, all Swedish utility providers must include a time of use tariff – or «timpris» – in their offer. The price for electricity changes on a hourly basis and is determined by the market.

The Swedish electricity market would greatly beneficiate from a more balanced demand. Unlike many countries that still rely on gas, the Swedes use electricity for both heating and cooking. Moreover, EVs are increasingly common. In 2018, 11% of new cars sold in Sweden were plug-ins. In large cities, eletric scooters, pedelecs and unicycles are very popular among commuters. This means that electricity usage peaks starkly in the late afternoon, when most Swedes turn on their heating, cookers and possibly charge their EVs.

However, so far only 2% of Swedish customers have opted in for time of use rates. One of the reasons is arguably that they don’t fully understand this tariff and are concerned about losing control of their bills. That’s why innovative companies have started to offer user-friendly applications to monitor in-home energy usage and even automate savings taking advantage of variable pricing.

“Simply by giving customers easy-to-use apps for their smartphone, we are making it easy for them to benefit from time of use tariffs and help balancing the energy system,” says Håkan Ludvigson, CEO and founder of Eliq, a software company based in Gothenburg, Sweden and London, UK. “We think the participation of consumers is key to supporting the energy transition,” he points out.

Outside of Scandinavia, the UK is a pioneer of time of use tariffs. The first off-peak tariff appeared as early as in 1978. Named «Economy 7» after its seven-hour night rate cheaper than the day rate, it is still offered today. However, with the national roll out of smart meters expected to be completed by the end of 2020, some providers are already trialling new dynamic pricing.

Most notably, in 2017 Green Energy UK launched its TIDE tariff, while in 2018 Agile Octopus became the first half-hourly tariff to be tested in the UK, showing that consumers can reduce peak electricity consumption and that electric vehicle owners tend to shift electricity usage out of peak periods even further.

The first country to launch a massive nation-wide distribution of smart meters, Italy, is now lagging behind on its commercial offers. Much like UK’s Economy 7, the «bioraria» tariff offered by the largest Italian providers is based on only two time slots, with a very narrow difference in price between them (price ratio) that does little to incentivise consumers to shift their electricity usage to the night.

Customers can choose between a fixed price and a variable price, which changes according to the wholesale price of electricity, but the variable price is only updated every three months in order to protect customers from sudden upsurges in prices on the electricity market.

However, new entrants are already disrupting the commercial scene, offering a larger ratio between pricing periods and innovative digital services to help customers understand their consumption. The complete liberalisation of the energy market in Italy, planned for July 2020, is expected to increase competion and thus widen the commercial offer for Italian customers even more.

On the opposite side of the Atlantic, the Canadian province of Ontario is probably the most advanced case of implementation of time of use tariffs. Nearly every home and business in the province is equipped with a smart meter.

Across Canada, time of use rates are often available only to industrial customers. On the contrary, in Ontario they are mandatory for residential customers and are defined by an independent regulator, the Ontario Energy Board. The cheapest rates (off-peak) are applied during the night and the weekend, when customers are charged only half of what they would pay at peak demand times. The day is divided into mid-peak and on-peak time slots, which vary from summer to winter.

In the United States, the situation is more fragmented, with different states moving at different speed towards the introduction of time of use energy tariffs. According to a 2017 survey from the Brattle Group, only 14% of all US providers offer a residential time of use plan. Even when this option is available, just around 3% of customers are actually enrolled, on average. Most time of use plans offer a good price ratio between on and off-peak times, but the ratiff design often includes only two long pricing periods (day and night rates).

An exceptionally successful case is the Arizona Public Service (APS) time of use tariffs, which have enrolled more than half of the provider’s residential customers. Their popularity is reportedly due to Arizona’s summer air conditioning usage, which benefits from dynamic pricing, and APS’s online price comparison service.

Neighbouring California is on its way to large-scale time of use rates, even though some are concerned that low income customers living in hot climate areas may struggle to adapt to the new tariffs. Many homes are often not energy efficient and are equipped with old thermostats that cannot be programmed to work at off-peak times.

Notwithstanding, California’s three largest investor-owned utilities are expected to implement default time of use rates for their 22.5 million residential customers by 2020. Writing for the Environmental Defense Fund, experts Andy Bilich and Jamie Fine comment: «While delivering solutions may take some time, viable solutions are in sight.»

Ultimately, does it work?

All in all, time of use tariffs are slowly gaining popularity on a global scale. Although few utility customers may have the tools and the knowledge to take advantage of this solution, both public authorities and commercial providers across different countries are beginning to work for a wider implementation.

Some utilities offer a price ratio between pricing periods extremely narrow, which doesn’t look worth the effort of changing consumption habits for many customers. It is probably the case of Italy, where state-controlled utilities like Enel and Eni offer night rates that are barely 20% cheaper than day rates. Elsewhere, many utilities offer price ratios of at least 2 to 1, which is likely to have a bigger impact on consumers’ power usage. The US is a case in point, but Octopus Agile pilot project in the UK also offers a similar price ratio.

When it comes to the length of the pricing period, it has been observed that «peak periods of five hours or less are more likely to attract customers and drive peak demand reductions» whereas very long pricing periods are less likely to be taken into account by customers. In this sense, Octopus Agile half-hourly price variations are the most extreme example of short pricing periods. Unsurprisingly, they have driven a substantial shift in peak consumption.

The number of pricing periods is often proportional to their length. It goes without saying that a half-hourly dynamic tariff is going to generate many more pricing periods than common two-period plans. The impact of such a high number of rates is hard to assess, and the possibility of many customers being concerned of losing control over their bills is concrete.

Nevertheless, research consistently shows that customers can and do take control over their energy consumptions if given the tools to do so. Programmable appliances and smart meters are just one side of the coin. Customers also need innovative digital tools to visualise, understand and manage their consumption – something that is already taking shape and is poised to spread on a global scale.

Lorenzo Alberini is content marketing intern at Eliq, a customer engagement software company based in Gothenburg, Sweden and London, UK