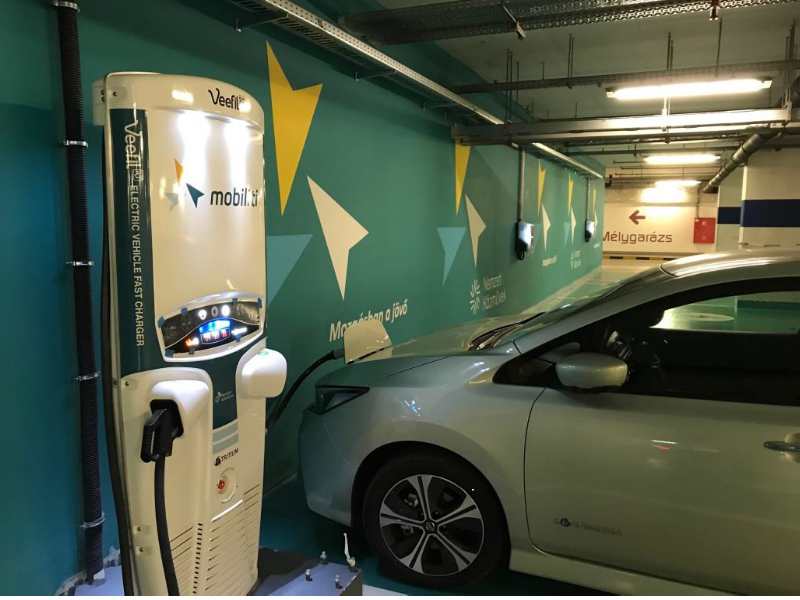 The 50kW fast charger has been installed by the utility’s subsidiary NKM Mobilitás in the Koki terminal, an underground parking facility in Budapest.

The project is part of a programme by KNM Mobilitás to expand the EV charging network across Hungary.

National Utilities already has 36 electric chargers across Hungary and plans to install 100 chargers by the end of 2018.

Szabolcs Balogh, managing director of NKM Mobilitás Ltd, explained: “Thanks to its small footprint, the Tritium charger needs limited space and could be installed conveniently between two bays of the parking garage. During the opening event at the mall, members of Villanyautósok, Hungary’s EV owners’ club, were pleasantly surprised by the silent operation of the fast charger, which is due to its unique liquid-cooling system. This feature will also reduce future maintenance requirements.”

“The breakthrough of e-mobility depends essentially on the ready availability of public chargers,” adds Jeroen Jonker, vice president for sales in Europe at Tritium.