The company has ordered 60 all-electric aircraft from US-based Bye Aerospace in Colorado for training and flight training centres.

The aircraft, Bye Aviation’s eFlyer 2, which has Siemens propulsion, was previously called the “Sun Flyer 2”, and Bye has a total of 298 prospective customers for it’s eFlyer 2 and 4 models.

Another Norwegian company, Elfly has increased its order with advanced payments to a total of 18 eFlyer aircraft.

The eFlyer 2 had its first successful test flight in April of 2018, and has also been tested with its current 70kW continuous output, and 90kW peak power engine, which will be fitted as standard.

Flight times of up to three-and-a-half hours are reported to be feasible, and although the eFlyer 2 was designed for general aviation, it also offers pilot training benefits, with very low operating costs.

The change in name, according to the founder and CEO of Bye Aerospace, George E. Bye, better demonstrates the aircraft’s all-electric propulsion system. “We originally thought solar cells would be standard on the airplane’s wings,” said Bye. “However, with eFlyer’s primary markets being flight training and air taxi services, it makes more sense to make the price of the aeroplane as reasonable as possible.”

Electric-powered aviation is one of technologies disrupting the future of transport as we know it. If you're interested in the advent of e-planes, you'll enjoy this two-minute read.

Blockchain use in grid-connected microgrids to generate +$1.2bn per annum

California mandates solar for new homes, but residents have an alternative 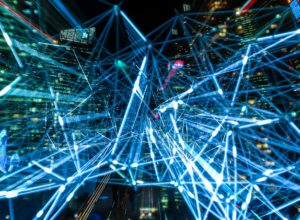