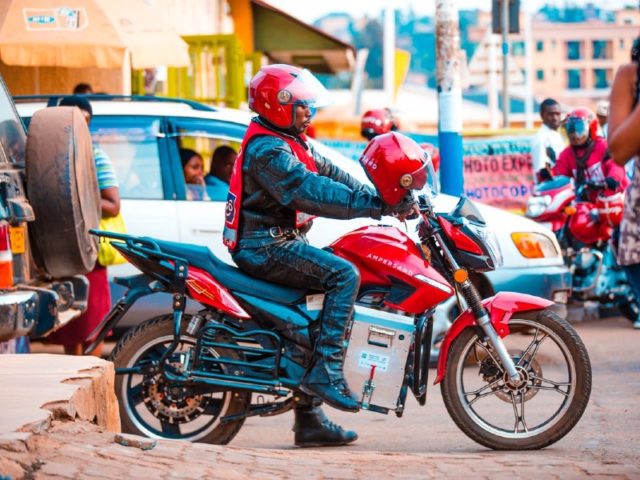 San Francisco-based Ecosystem Integrity Fund is a sustainability-focused venture capital company, which invests in companies which reduce or ameliorate threats to ecosystem integrity.

Headquartered in Kigali, Rwanda, Ampersand assembles and finances electric motorcycles (‘emotos’ or ‘e-bodas’) that are cheaper, cleaner and better performing than the 5 million petrol motorcycle taxis in use across East Africa.

Have you read?
Inequality in rollout of EV chargers and investment in the US
Enel to promote energy transition and sustainability within Italian municipalities

EIF’s historic $3,5 million investment will allow Ampersand to rapidly scale up its electric motorcycle and swap station network in Rwanda. This will put hundreds more e-motos onto the road and create dozens more battery swapping stations.

The investment will also enable Ampersand’s expansion beyond Rwanda’s borders and and fuel the company’s research and development arm. This financial boost puts Ampersand on track to electrify East Africa’s motorcycle taxi fleet by 2030.

Introducing e-mobility to Africa one electric motorbike at a time

Since its commercial launch in May 2019, Ampersand’s fleet of 35 drivers and e-motos have covered over 1.3 million kilometers and over 7,000 drivers are on their waiting list.

Ampersand CEO Josh Whale, commented: “We’re thrilled to have EIF on board for this historic investment. We now have the momentum to scale our operations to electrify all of East Africa’s 5 million taxi motorcycles by 2030.”

James Everett, Managing Partner at EIF said they are excited to partner with Ampersand as the company scales in Rwanda and expands across East Africa: “We believe that electrifying 2 and 3 wheeled vehicles in developing countries represents one of the low hanging fruits for climate change mitigation globally, and can have a profound positive impact on urban air quality.”