The Swedish Transport Administration (Trafikverket) has partnered with Smart Road Gotland to construct a wireless electric vehicle (EV) charging system as part of a pilot project.

The pilot will include the construction of a 1,6 km electric road between the airport and the city center of Visby and the rollout of a public public shuttle service and an electric shuttle.

Compatible with all types of EVs, the smart road will have coils deployed 8 cm under the surface and activated only when corresponding vehicle drives on top of it

The project is claimed to be will the first in the world to
charge both an electric truck and a bus while in full motion, using induction.

The initiative is part of the Sedish government’s national roadmap for electric road systems. The system will tested in various seasonal conditions before nationwide deployment.

The system has initially been piloted in Sweden in cooperation with Gotland GPe Circuit AB (GotlandRing, world’s first sustainable race and test circuit).

‘…It is of utmost importance to significantly reduce CO2-emissions within the transport sector. To commence with the heavier transports is logical since the biggest emission improvements can be gained where the usage and tonnage is the highest. The future positive impact could be global.’, comments Alec Arho-Havrén, CEOGotland GPe Circuit.

“The wireless electric road technology makes it possible to electrify truck fleets economically without the need to carry huge batteries and stop for charging and without creating a visual hazard. The selection of Electreon by the Swedish government after careful filtration testifies to the recognition of the potential of the technology to bring the global electrification revolution to the next critical stage of full implementation.’, Oren Ezer, CEO of Electreon, comments. 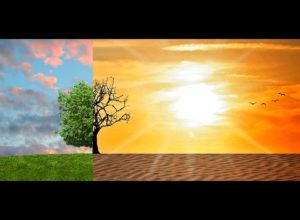