Texas utility Oncor is taking a hard look at the future, in preparation for the adoption of larger, commercial electric vehicles on the roads of the lone star state.

“The individual owner of an (electric) sedan or SUV is not our major problem at the moment because they’re going to be distributed all across our system,” said David Treichler, Oncor’s director of strategy and technology. “We’re going to have points of investment … but it’s not a major revolution or transformation of our system.”

The challenge according to Teichler, will arrive when larger EV’s such as Class 6 and Class 8 trucks, and even larger semi-trucks come to prominence. Both Volvo and Tesla are piloting these technologies, and with this reality in mind, the utility may well have to undertake changes to parts of its distribution network to accommodate EV charging requirements.

“Recently, our friends at Amazon bought 20,000 Daimler Sprinter vans to deliver their packages in one year,” Treichler told an audience at DistribuTECH in New Orleans. “They’re all gas today, but once you start converting all of those 20,000 vans per year into electric, how do we as Oncor, a utility, get ahead of that issue?”

The utility serves over 10 million in and around the Dallas metropole, and according the Teichler, the transition is imminent. Large EV’s should reach price parity with conventionally-fuelled vehicles between the beginning and middle of the next decade according to Oncor. Amazon has already bought 100 EV vans for its German operations, and recently invested $700 million in EV truck startup Rivian.

As per Teichler, the utility is already fielding calls and enquiries from commercial customers regarding charging infrastructure and availability.

“The things around trucks are starting to happen,” Treichler told the audience.”One of the things that brought this whole issue to our attention was about six or eight weeks ago, we got an inquiry from a company that wants to build a logistics center just outside of Dallas.”

According to the utility, most large commercial EV’s will operate during business hours each day, before being charged overnight at central facilities. This will create additional demand that needs to be met. In one instance, Oncor calculated a 40MW increase in demand for one customer – a logistics company. The company’s fleet of 325 vehicles would represent a huge increase in consumption, and its requirements would be approximately 800% higher than a typical increase from a commercial ratepayer. That’s just one of many.

“What do you see when you fly into Dallas? A sea of warehouses as far as you can see,” Treichler said. “Every one of them has a fleet.” 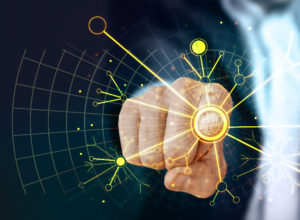