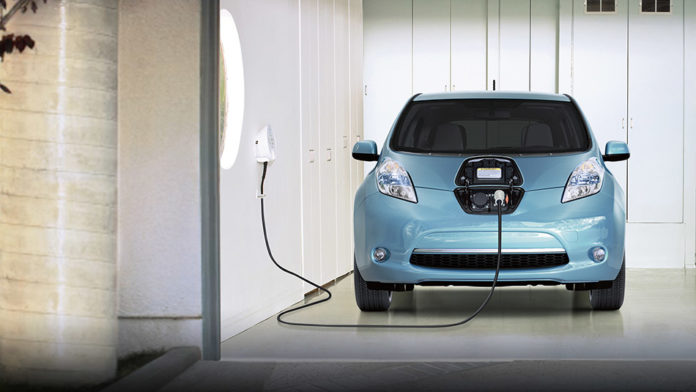 A Danish start-up – True Energy – has received a ‘peak shaving’ approval from the country’s authorities. The license enables homes and individuals in Denmark to help balance an increasingly green energy grid, thereby assisting the transformation towards a greener energy future.

True Energy’s peak shaving technology involves using car batteries energy to meet sudden increases in energy demand that would otherwise necessitate starting power-generating turbines. These are typically fossil fuel generators that are expensive for utilities to turn on and off – and lead to higher CO2 emissions. The company’s users have already received the first payments for their assistance in relation to peak shaving.

Turning vehicles into a big battery

While several Danish energy companies already supply peak shaving energy to the grid, the license is the first of its kind rewarded to a private company in the Nordic countries.

True Energy leverages its network of users’ electric vehicles, such as Tesla cars, to assist with peak shaving. When the vehicles are connected to the energy grid while charging, True Energy’s software coordinate with the grid and uses intelligent charging management of the vehicles’ batteries to meet sudden spikes in demand. The concept is called Big Battery, and the company is including the Big Battery technology in a broad range of electrical applications.

“The license is great news for both us, our users and the Danish energy grid. Our product enables individuals to do more to make our green energy future a reality, while at the same time leading to savings,” Charlotte Sand, CEO and founder at True Energy, says.

True Energy is a new energy start-up based in the North of Zealand. It aims to carve out a position in the market for both peak shaving and green energy use. The latter involves offering customers the opportunity to use energy at the times of day when the production of green energy is at its highest. It also provides the option to use power at the times of day when it is cheapest. Everything is handled by a custom-built app that works with both iOS and Android phones.

Finding green niches in the market

The Danish energy market was reformed in 2016 with the introduction of the so-called ‘engros model.’ Under the new model the company or utility selling energy to the individual customer aggregate all accrued cost delivering electricity also distribution and grid costs. The aim was to simplify the market, as well as increasing competition.

While the prior seems to have worked, there are indications that the latter has not necessarily been the case. Since 2016, the price for households has risen. Moreover, fewer private customers are changing utilities, than before the new model was introduced.

Sand believes the situation is tied to most utilities and power companies competing mainly on price while missing changes in customer desires and energy-related technology. She sees diversifying on offerings as a way of engaging with customers.

“I think that there is a lack of understanding in the industry about what it is that modern consumers want; about how specific market segments want energy that matches their values and their investments in new technology like electric cars. That is part of what we are trying to do at True Energy. While simultaneously offering green energy at low prices and the option to use energy at the best times of day,” she says.

An example of the latter came in February of this year. Electric car owners can automate charging with True Energy’s App. During three night-time hours, renewable energy production was so high that users were being paid for kWh they used.

True Energy is looking to expand its operations in both Denmark and neighbouring countries. It will seek to secure peak shaving licenses in all markets, as well as offer customers the opportunity to buy electricity from renewable sources or with as low a CO2 footprint as possible.

The company is also expanding its automatic charging and energy use features beyond electric vehicles.

More and more home appliances like washing machines, dishwashers and electric heating systems, come with smart features. A fact that means that their use can be automated to coincide with times of the day when electricity is cheapest, comes from renewable energy sources, or has the smallest carbon footprint – or in some cases all three at the same time.

The company is actively pursuing such solutions by collaborating with so-called cloud connector companies like IFTTT that integrates solutions.

“The future of our appliances is likely going to be one where many, competing systems are going to make life difficult for users. Cloud connectors are already letting users choose software programmes from different companies and connecting them to one integrated package. Our vision of the future is that the same should apply to all appliances in our homes and offices,” Sand says.