Precedence Research predicts that the global vehicle-to-grid (V2G) technology market will garner revenue around $17.43 billion by 2027 by recording a compound annual growth rate of 48% between 2020 to 2027.

Governments are expected to expand incentives to accelerate the adoption of battery-powered vehicles resulting in an expansion of the V2G market.

However, the high initial cost of the technology is expected to hinder the market growth. In addition, harsh driving pattern of the motorist may decrease the performance of the autonomous vehicles that again leads to restrict market growth. Repairing companies, automobile owners, and oil industries show resistance to the high cost of existing technology. Nonetheless, the increased battery life and change of preference in the customer’s choice expected to fuel the market in the coming years.

North America and Europe are the major markets in the global V2G technology market. Early adoption for new technologies and environmental awareness among the public are the key factors contributing to the market growth.

Technological advancement and high per capita income are other prime factors accelerating the market for electric vehicles and thus V2G technology market.

From past records, Europe has taken major initiatives in the deployment of electric vehicles and V2G technology. For instance, in September 2019, Nissan Motor Co. Ltd., a Japanese automotive giant announced to work with a French utility company  EDF Group to accelerate the adoption of electric vehicles across Europe through smart charging.

Asia Pacific is projected to offer explicit growth during the forecast period. Several Asian countries such as China, Japan, and India are participating in green revolution and are investing significantly in the smart solutions that trigger the market growth.

The global V2G technology market poses high competition with significant on-going developments in the market. The market players are increasingly focused on establishing their strong footprint in the electric vehicle and V2G market.

In February 2019, OVO Energy Ltd announced that Mitsubishi Corporation invested in the company at an exchange of a 20% stake in the business. The company has the intention to invest the amount in an emerging market in Asia Pacific and Europe for the acceleration of intelligent energy technologies in the regions. 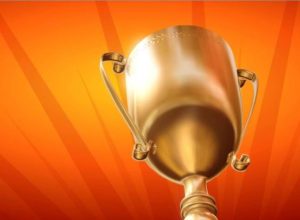