Volkswagen Group has plans to produce 22 million electric vehicles (EVs) by 2028 – a sharp increase from the previously planned 15 million.

Furthermore, the marque may also start playing in the battery-manufacturing business.

Volkswagen previously announced significant investments in EV and battery technologies appearing to take the fight to Tesla, which has emerged as the world market leader.

Sadly, there are signs that this new direction is starting to hurt the company’s earnings, with R&D costs increasing almost 4% in 2018, and electric mobility investments dragged down profits. Group profits grew by less than 1% from 2017.

The challenges? Ambitious targets for production as conventionally-powered cars lose popularity, but a very small base in terms of technology, production capacities and other factors critical to rapid growth.

Several carmakers are looking to share costs for future development, for instance Ford and Volkswagen announced an intention to partner early in 2019, agreeing to investigate strategic partnership opportunities. Similarly, old rivals BMW and Daimler – who own the Mercedes brands have partnered to develop highly-automated and fully-automated driving technologies.

.VW also recently announced that it would be sharing its Modular Electric Toolkit (MEB) specifically for EV development, with other carmakers.

The marque announced plans to cut its CO2 footprint by 30% by 2025, and intends for 40% of its vehicle sales to be electric within a further five years.

And the quest to take on Tesla?

VW owns the brands that may well bring the EV sales crown to Europe – namely Porsche with its Taycan, which is going into production this year, and the Audi e-tron. According to VW, reservations for each car are already toping 20 000 units. 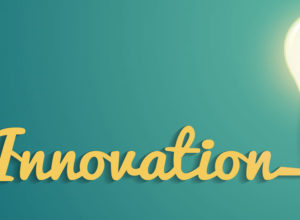