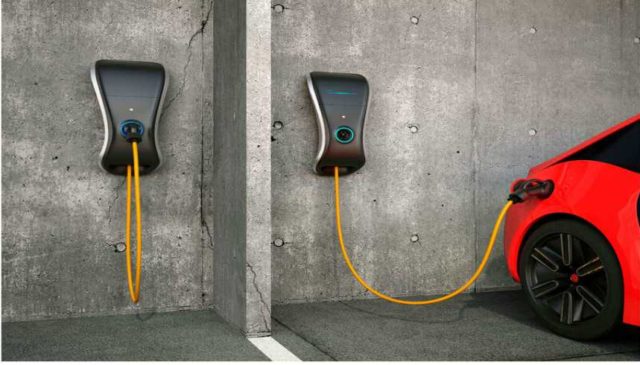 German multinational utility ENGIE, in partnership with FIAT Chrysler Automobiles and European energy transmission network operator Terna, has unveiled what is being claimed to be the world’s largest of its kind vehicle-to-grid pilot.

The three companies have inaugurated a vehicle-to-grid (V2G) plant in the Italian region of Drosso in Mirafiori.

The project is an initiative aimed at ensuring Italy takes a leading role in developing the future of sustainable mobility.

V2G technology will enable vehicles to exchange energy with the power grid, making them a valuable resource for the national power grid operated by Terna.

The pilot will explore the role EVs can play for the establishment of a more sustainable electrical system.

The pilot will also demonstrate how to optimise the operating costs of EVs for the benefit of motorists.

The V2G plant took four months to build despite disruptions caused by COVID-19.

Phase 1 of the plant’s construction has consisted of the installation of 32 V2G columns capable of connecting 64 vehicles, aimed at piloting the technology and managing the logistics of the storage area.

By the end of 2021, the Drosso V2G project will be extended to interconnect up to 700 electric vehicles, making it the largest facility of its kind ever built in the world.

The management of phase 2 will be mainly dictated by cost-effectiveness: the objectives will be to provide services to Terna power grid and to ensure a positive economic result for FCA and ENGIE Eps.

To cover the parking spaces for the cars connected to the V2G, ENGIE Italia is a partner in the construction of an enormous roof consisting of around 12,000 solar panels, which will supply the production and logistics facilities with ‘green’ energy.

The plant will be able to produce over 6,500MWh of energy every year, resulting in the offsetting of more than 2,100 tons of CO2 emissions per year, a boon for the environment.

The project, therefore, represents a significant contribution to decarbonisation in the industrial sector.

Roberto Di Stefano, head of e-mobility for FCA’s EMEA Region, said: “Vehicle-to-Grid technology represents a significant opportunity to optimize the operating costs of cars for the benefit of motorists, as well as the concrete possibility of contributing to the sustainability of the power grid. However, we need a V2G-friendly regulatory environment. The Ministry of Economic Development has laid down criteria and means to promote the dissemination of Vehicle-to-Grid technology in Italy, with the aim of facilitating the spread of electric vehicles and the increase in flexible resources the electricity system requires for sufficient mainstreaming of renewable sources.

“A full regulatory framework is now expected to follow, referring to the fair remuneration of network stabilization services and coverage of the additional costs associated with the installation of bidirectional connecting devices and measurement systems, for the provision of ancillary services.”

Carlalberto Guglielminotti, the CEO of ENGIE Eps, adds: “In 2030, with the forecast that even if only 5% of vehicles driven in Europe are electric, EVs will become the dominant technology that will revolutionize the power grid and will be decisive for every single balance within the European energy markets.”

“ENGIE Eps, already a pioneer and leader in microgrids and energy storage, felt compelled to take on the challenge of managing this massive change in the world of energy, by providing an innovative technology solution, as they always do. That’s why, in 2017, ENGIE Eps made major investments in research and development, jointly with FCA, to build Vehicle-to-Grid technology, inaugurated today. In fact, V2G is the solution that will bring about the biggest paradigm shift within the system of electric mobility and the world’s electrical systems.”