As part of efforts to step up the fight against climate change, technology company Facebook has unveiled its new Climate Science Information Center.

The center will connect people with science-based climate change information, as well as provide consumers with information regarding the company’s new net-zero emissions target.

The technology firm leveraged its experience gained through the launch and operation of the COVID-19 Information Center in developing the new platform.

The Climate Science Information Center, to be hosted on Facebook, comprises factual resources from the world’s leading climate organisations and actionable steps people can take in their everyday lives to combat climate change.

The Center will feature facts, figures and data from the Intergovernmental Panel on Climate Change (IPCC) and their global network of climate science partners, including the UN Environment Programme (UNEP), The National Oceanic and Atmospheric Administration (NOAA), World Meteorological Organization (WMO), The Met Office and others.

The Center will launch in France, Germany, the UK and the US before launching globally.

Information deemed against science-based climate actions will be avoided on news feeds or labelled false on both Facebook and Instagram.

In addition to launching the center, Facebook announced that it will achieve net-zero carbon emissions across its global operations and will be 100% supported by renewable energy this year.

The company has over 5.4GW of solar and wind energy projects under contract.

Facebook says it is on track to achieving its goal of a 75% reduction in carbon emissions compared to 2017 levels this year.

The firm has also set a goal to reach net-zero emissions from its value chain – including emissions from suppliers and other factors such as employee commuting and business travel – in 2030.

Facebook will work with suppliers on their own carbon emissions goals, help in the development of new carbon removal technologies and make its facilities more energy efficient. 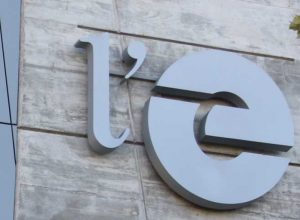