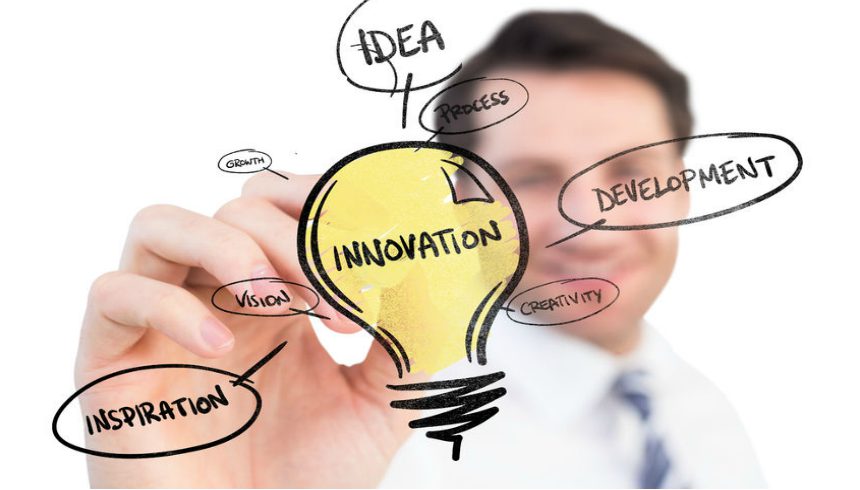 We are on the cusp of the next major energy transition – a transition that will move us towards a more sustainable future where renewable energies replace fossil fuels. But this transition is not going to happen overnight.

Academics and analysts are predicting that it could still take decades for the world to wean itself from fossil fuels, since some of the key technologies needed to deploy renewable energy on a massive scale, have seen very slow improvements over the years. For this transition to be expedited, energy storage solutions need to be improved and batteries are going to play a huge role in this evolution.

Current batteries and what could be next

Although constant improvements have been made in the 150 years that batteries have existed, only four commercially relevant chemistries have made it to market. The last major development was the lithium-ion (Li-ion) battery, whose identification and development are widely credited to Professor John Goodenough. His research in the 1980s led to its commercialisation by Sony in 1991.

Due to a relatively high energy-to-weight ratio, Li-ion batteries became very popular and are still considered the most promising battery chemistry. Although Li-ion offers many advantages over previous battery materials, improvements can still be made.

Electric modes of transportation will be a major driver of battery technology advancements. Bloomberg New Energy Finance (BNEF) predicts that by 2040, 57% of all passenger vehicle sales and over 30% of the global passenger vehicle fleet will be electric. If the electric vehicle predictions being forecasted are accurate, the commercial batteries market offers unlimited opportunity.

As such, researchers from large multi-national corporations, academic institutions, and technology startups are all looking for the successor to Li-ion.

Everyone wants to discover a battery that has a faster rate of charge and a higher energy density. But how do we get there? Experts, scholars, and the media, continue to speculate about battery technology and what’s going to be the next big breakthrough. Will it be new organic compounds, solid-state batteries, or something completely revolutionary that doesn’t require changing the chemistry of the battery?

Most startups looking to improve the performance of batteries are looking at solid-state batteries or improving Li-ion batteries using new chemical compounds. The main challenges with new chemistry include time and resources. If advancements are discovered in a lab environment, scaling the technology to commercialisation is a very, very long road.

According to Professor Paul Shearing, the Royal Academy of Engineering’s chair in emerging battery technologies: “The next 10 years are going to continue to be lithium-ion dominated. It’s taken a long time to get to this productivity and technological maturity level. For anything to catch up will take a while.”

Do we actually need new batteries?

Scientists at the University of Warwick have developed a new technology that allows Li-ion batteries to be charged up to five times faster than current recommended limits. The technology measures a battery’s temperature constantly and far more precisely than current methods. From this research, scientists claim that current batteries can be pushed beyond their recommended limits without affecting performance or overheating.

Additionally, in recent years, there has been significant research around pulse charging algorithms. There are academic and scientific reports, as well as many real-world applications, describing how algorithms improve battery performance on battery chemistries ranging from lead-acid to Li-ion to NiMH. Pulse charging algorithms are being called a promising battery charging technique to achieve fast charge and increased efficiencies.

Companies in the battery technology space are using self-learning pulse charging algorithms as an alternative to CCCV (constant current, constant voltage), which allow for ultra-fast charging without compromising the lifespan of the battery. By monitoring the battery in real-time and adapting to the ever-changing conditions internally, charging is optimised based on battery response signatures as they occur, resulting in a drastic reduction of irreversible chemical reactions, while also minimising the temperature rise.

In both cases, these technologies work with off-the-shelf Li-ion batteries that have been produced, validated, and tested by battery manufacturers. As such, they may be the only way to meet the growing demand for Li-ion.

if the predictions around electrification are accurate. They may also be the key to the faster deployment of EVs.

What fast charge would mean for electrified transportation

Most batteries can be charged fast, but the quicker a battery is charged, the faster it degrades. To avoid irreversible damage, manufacturers limit the charging rate of the batteries. Although some fast charging solutions are available, including Tesla’s Supercharger, it still takes between 30 and 45 minutes to charge to 80% battery capacity. Is this considered quick?

Speed of charging is often cited one of the biggest barriers preventing the mass adoption of EVs. This applies to individuals, businesses and fleet managers. For drivers, when you compare current charging rates of EVs to filling a tank of gas, the convenience of getting gas in a few minutes is simply more appealing.

For businesses and fleets, charge time is downtime, which equals money.

Fast-charge could accelerate the mass, global adoption of EVs.

According to the Centre for Climate and Energy Solutions, transportation is the third-highest source of greenhouse gas emissions globally at 15%. As such, governments all over the world, from the municipal to the federal level, are trying to control transportation greenhouse gas (GHG) emissions. We are beginning to see the limiting of internal combustion engine (ICE) vehicles in various cities across Europe and Asia. Some are even banning them completely.

In order to accommodate cleaner mobility solutions, investments are being made in electric public transportation, car-sharing solutions are expanding, and incentives are being offered toward the purchase of electric vehicles. A number of these changes have led to the creation of a new business model called TaaS.

Transportation-as-a-service (TaaS), sometimes called mobility-as-a-service (MaaS), refers to a shift away from personal vehicles and towards service-based mobility solutions. TaaS includes traditional taxis, ride-hailing services like Uber and Lyft, e-scooter rentals and car-sharing companies such as Zipcar, among others.

According to a RethinkX report titled Rethinking Transportation 2020-2030: The Disruption of Transportation and the Collapse of the Internal-Combustion Vehicle and Oil Industries, TaaS is already disrupting transportation in a major way and a seismic shift is very likely over the next 10 years. The RethinkX study notes that TaaS will offer huge environmental benefits. It’s believed that the approval of autonomous vehicles will result in businesses transitioning their fleets from human-driven, ICE vehicles to autonomous electric vehicles (AEV) because of cost factors.

EV incentive in China and Norway

There are approximately five million EVs in the global electric fleet. Although electrification is seeing fantastic momentum in some markets, globally EVs only make up a sliver of the estimated 1.4 billion cars and light-duty trucks on the road. Year after year, China continues to be the leader when it comes to EVs sold, followed by the United States. Norway is the global leader in terms of electric car market share.

Government policies play a critical role when it comes to the countries that lead the way in electric mobility. Measures such as large investments in charging infrastructure, lower (or sometimes no) sales tax on zero-emission vehicles, and reduced registration, licensing, parking and toll fees, are all factors.

China focuses less on incentives and more on broader government policies. These involve heavy penalties for domestic and foreign automakers who don’t meet specific requirements when it comes to EVs versus ICE vehicles being produced or imported. It’s a complicated system called the “New Energy Vehicle Credit System” that essentially makes it challenging to introduce new ICE models.

Cities in China have also played a major role in expanding the rollout of EVs. In order to control congestion and pollution, the only way to register an ICE vehicle in certain metropoles is through an auction or a lottery. The costs are exorbitant, equaling approximately $14,000 according to BNEF. For the lottery, the chances of being selected are 0.05% which can mean waiting for years. If an individual chooses an EV instead, the registration is free and there is no delay. These policies have driven the sale of new EVs from 1-2% in 2017 to 7% in Q4-2018.

Although the incentives in the US are not as extensive as in other nations, there are still significant tax breaks at the federal level.

Additionally, there are also state, city, or utility provider incentives. The Norwegian government has taken a very aggressive stance when it comes to EVs, with parliament deciding on a national goal that all new cars sold by 2025 should be zero-emission. This isn’t something that was recently established. In fact, since the early 1990s, incentives have been gradually introduced by different governments to speed up the electrification transition.

These actions have clearly paid off. According to CleanTechnica, in the very-near future, Norway could reach the EV tipping point. In March 2014, 1% of the vehicles on the roads in Norway were electric, while 21% of new vehicle sales were plug-in vehicles. As of March 2019, 58.4% of new vehicle purchases were fully electric. At the end of July 2019, the following numbers were reported: 38% of vehicle sales were fully electric and another 25% hybrids, 41% of them plug-in hybrids, putting the plugin vehicle share at almost 50%.

Furthermore, according to the International Energy Agency (IEA), EVs could make up 70% of all vehicle sales in China in 2030. Almost half of all vehicles sold in 2030 in Europe are predicted to be EVs, 37% in Japan, more than 30% in Canada and United States, 29% in India and 22% in other countries, taken together.

In most markets, EVs still only make up 1-2% of new vehicle sales. For several reasons, individuals have been somewhat slow when it comes to the adoption of EVs. However, we are seeing significant momentum when it comes to business and government fleets. In September, Amazon announced an order of 100,000 electric delivery vans from Rivian. The goal is to have this extensive fleet on the road by 2030. As Wired reported, this is unbelievably significant considering FedEx uses 85,000 motorised vehicles to deliver packages.

UPS has around 123,000 delivery vehicles of various types, including approximately 10,000 the company says use “alternative fuel and advanced technology.”

Amazon may be exactly what the proponents of electric vehicles have been waiting for.

Fleets will drive the growth of EVs and then, ideally, individuals will follow. “Hopefully exposure to technology, and people seeing electric trucks in their neighbourhoods, will do a lot for the market,” says Jimmy O’Dea, a senior vehicles analyst with the Union of Concerned Scientists.

The United Nations reports: “Public transport contributes approximately 25% of all energy-related CO2 emissions worldwide. Electric public transport is a super solution that could reduce 250 million tonnes of carbon emissions by 2030 and it has a lot more benefits.” Luckily, we are starting to see a lot more emphasis on electric public transportation fleets, as well as trials and pilot projects for other electric government vehicles including garbage trucks, snowploughs, and vehicles used by first responders.

Speak to anyone in the transportation sector about electrification and you will likely hear, “it’s not a matter of if, but when.” Although we are still in the early days, the future is electric and it’s gaining more traction each day.